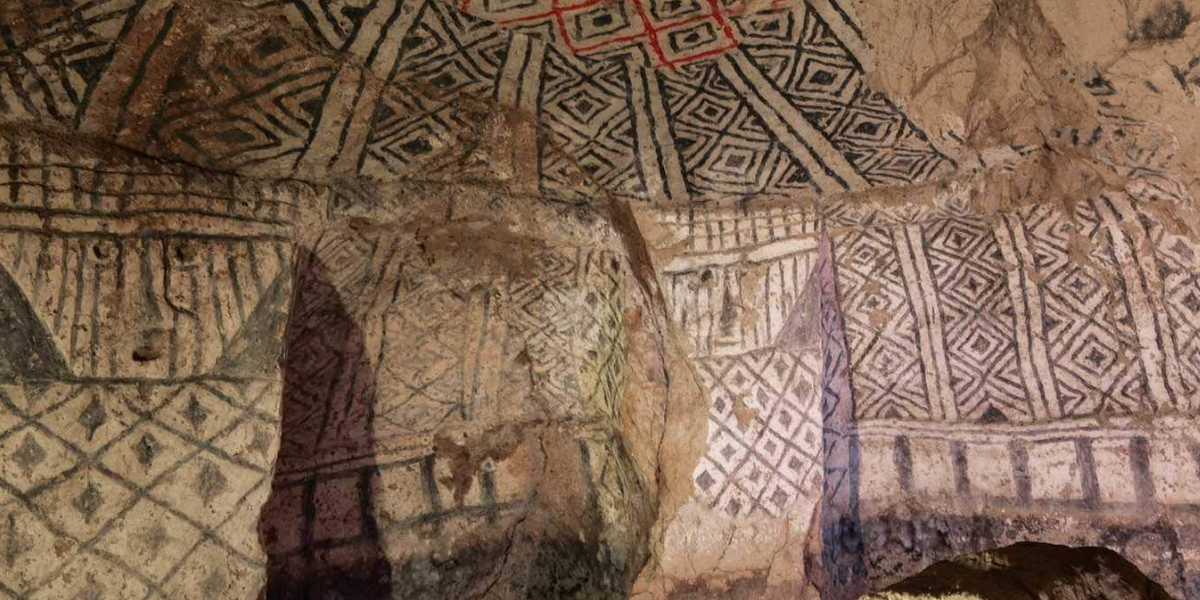 Esoteric Mysteries of the Underworld, by Jean-Pierre Bayard

One of the first things I noticed about Esoteric Mysteries of the Underworld: The Power & Meaning of Subterranean Spaces was how incredibly dense it is. This book is not a light read; it’s meant for those serious about exploring the hidden symbolism and meaning found in the deepest recesses of the Earth. Perfectly poised to craft such a tome, Jean-Pierre Bayard was a prolific esoteric scholar and authored more than 50 books on topics such as Rosicrucianism, secret societies, symbolism, and the spiritual aspect of Freemasonry. Bayard passed away in 2008 leaving behind a legacy of gorgeous writings that are multilayered and diverse in their objective to share his vast knowledge. This specific book explores the spiritual aspects of the underworld; with many ancient cultures sharing similar beliefs around the power of underground spaces and natural rock formations, Bayard weaves together the similarities in a way that breathes life into these places often thought devoid of life.

This book called to me instantly, as the myths of humans and demigods traversing through the underworld on their various journeys to find themselves is an appealing theme. Included with this thematic exploration of myth, symbology, deities, and beliefs is a guide to the spiritual energies that ebb and flow beneath our feet. Reading this book caused me to become more aware of my surroundings and to pay attention to subtle shifts in energies around me, as often they are telltale signs of things to happen. Not to say I accurately predicted lottery numbers; this was more of an awareness of present energies and their patterns. Birds suddenly flocking around me signaling an approaching predator (a cat), a squawking crow alerting me to a changing traffic light, and so on. Situations like this may seem mundane, as most of us have experienced some form of what I mentioned at some point, but when taken in a spiritual light as a form of an all-encompassing connection it becomes so much more.

The book is separated into two parts: “The Symbolism of the Underworld and the Cave” and “The Cavern.” Dealing with topics such as telluric currents, underground water, underground gems and so on, the book lays out very detailed explanations of each topic and why it’s relevant. The meaty stuff is where I turned to first: underground temples, initiatory passageways, underground labyrinths, and more. This is why you buy this book: these topics are so thoroughly explored you feel as thought you’ve just earned a degree. Bayard references his previous books as additional sources of information, not out of megalomania but because he really does know that much about these things. There is no bravado here, it’s all just information presented in a very high level manner that is a joy to read. An in-depth bibliography, endnotes presented by chapter, and two appendices (one listing definitions from the Mytho-Hermetic Dictionary and the other a two page piece on Hollow Earth Mysticism) are nice additions to the book. These provide great resources for those who may require further explanation. I love when writers include their notes on the resources they used and referred to in their work as quite often it leads to discovering more information and new writers. Everything is connected.

Perhaps my favorite section of the entire book is lucky chapter eight, “Descent Into Hell.” This chapter delves into the notion of hell. It does not focus on the Christian aspect of the region, but instead goes into vast details about the symmetry of the place as an idea — one that is described using similar vernacular across various cultures and time periods. I appreciated this shift away from the whole “lake of fire and eternal damnation” imagery immensely. Bayard explains his choice to explore other aspects of the realm by reminding the reader that this has already been explored in a previous book. Again, this does not come across as bragging, merely a statement that if one wishes to know more about that specific topic, there is another book by the same author that could give you what you are looking for.

What I also love about this book is how Bayard takes all of this information and somehow manages to not only make it interesting, but to also leave space for the reader to question. There is no feeling that the material presented is the final word on any of the subjects contained within: this is more of collection of writings on a variety of topics that all have an esoteric thread linking them to one another. Each section blends seamlessly into the next and there is enough information in each section that links to the next, something that I found kept me on track and engaged despite the vast amount of information being presented.

Bayard’s style of writing might be off putting to some who may be used to more humor in their reading material. He writes in a tone that imparts the information in a very straight forward way, almost like a lecture but with more depth. Personally, I found his voice to be very to the point and without any frills, something that is rare when dealing with esoteric topics. I will admit I haven’t delved too deeply into the topic of the underworld previously, as it seemed unavailable to me, and now after reading Bayard’s Esoteric Mysteries of the Underworld, I think I am ready to have another go at it.