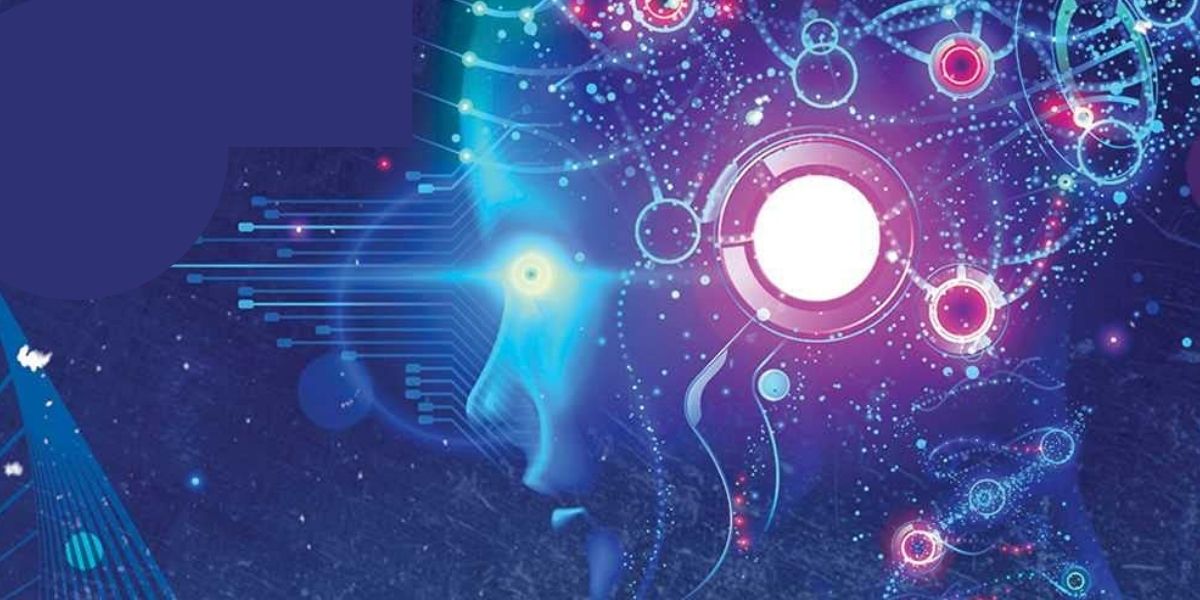 Machine Intelligence and the Imaginal Realm, by Luke Lafitte

Machine Intelligence and the Imaginal Realm: Spiritual Freedom and the Re-animation of Matter, by Luke Lafitte
Inner Tradition, 1644114062, 480 pages, February 2022

As the heft of its title might suggest, Machine Intelligence and the Imaginal Realm: Spiritual Freedom and the Re-animation of Matter is a huge undertaking. Luke Lafitte’s great endeavor is to take the reader on a journey through the history and transformation of America’s unique archetypal mythology so that we, in the present day, may better grasp the nature of who we are as well as our relationship to the world in which we live. It is certainly a fascinating journey, but also one that requires a high degree of vigilance and attention from the reader as Lafitte’s argument unfolds.

The gist of the book’s overarching argument is that America’s “cowboy” archetype – the self-reliant, individualistic person who explores the frontier and overcomes the challenges posed by Nature – has gradually been replaced by the “mechanical-man” archetype. The mechanical-man is inextricably intertwined with technology: as such, the primary qualities of this archetype are centered around information, communication, and control. This is not only communication with other people and gaining information and control of the external environment–these activities are directed more toward humanity’s relationship and integration with technology itself.

What makes Machine Intelligence and the Imaginal Realm truly unique is the detailed look at how American history and (science-)fiction are woven together, starting from the age of steam and progressing into the contemporary world. He has a great eye for picking up on the mythological motifs and patterns arising from fiction in several different scientific eras from the 19th through the early 21st century, and discusses them at length to show how societal attitudes toward technology change throughout these time periods. From the Wizard of Oz, to Tesla and Edison, to Azimov, Musk and Star Wars – both the scientific and fictive worlds are shown as playing off of and informing one another.

As someone interested in both science fiction and ethical issues, one of the many insightful points that really hit home for me, was Lafitte’s idea that science fiction not only allows us to explore new realms of possibility pertaining to technology, but that the genre shines a light on ourselves. Science fiction invites us to consider who and what we are in ways that weren’t really possible in the past. Moreover, he suggests that these considerations can’t even be captured in a straightforward, socio-political discussion, due to the increasing complexity of these issues.

“Because the trade-offs [between the beneficial and destructive potential of science] were becoming more complex, they could only–in terms of human-machine interactions–be understood in terms of myth and storytelling.”1

The idea that myth illuminates aspects of human experience which are consciously unavailable to the culture that produced the myth is a well-founded notion in mythological studies. However, Lafitte argues that the mechanical-man archetype takes us in a new direction, offering a new type of mirror with which we can examine ourselves. With the rapid development of technology throughout the 19th and 20th centuries, especially as “machines” began to be seen as possessing some form of vitality, this was the first time in human history that we had a kind of consciousness–similar enough to our own–which allowed us to probe our own nature in new ways.

While it’s easy to become swept up in the myths, biographical details, and historical trends Lafitte presents throughout the book, one must be careful not to lose sight of his broader argument. The quest, as Lafitte himself calls it, is aimed at not simply an informative discussion of these socio-cultural changes as America developed into a technological superpower. He is ultimately arguing that these developments are moving us toward a new paradigm of consciousness. Put in a way that might be familiar to those in spiritual circles: we are heading toward the point where human consciousness and Cosmic Consciousness merge.

This is a familiar idea that we might find in Vedanta, Buddhism, or gnostic traditions. But while these prior traditions and theories may leave the scientifically-inclined a little wary, Lafitte’s approach is couched in more recent historical and cultural trends. For certain, you aren’t likely to find the mechanical-man at the forefront of these other schools of thought, heralding the new paradigm. But as Lafitte suggests, as humanity appears to be moving into a new paradigm due to the increasing complexity of our world (due to the contributions of technology), we should expect to see the emergence of a cultural archetype which captures that spirit of complexity.

The earlier, more historically-focused, stages of the book are a fun and thought-provoking read, but upon entering the latter chapters, the reader will be more challenged by Lafitte’s main argument. Naturally, this part of the book builds upon the foundation laid throughout the earlier chapters, but the degree of conceptual discussion definitely ramps up to a whole other level. I’m not saying that this level of discussion detracts from the book–indeed, it’s the most important part!–but certainly demands more from the reader. Focused attention to the details of Lafitte’s discussion, as well as the broader perspective of the overarching quest of the book, are required to see how the ideas coalesce toward the author’s conclusion.

At the end of the day, I am deeply impressed with Machine Intelligence and the Imaginal Realm. Admittedly, it was a little tough for me to get into the book at the beginning: I was eager to dive into the conceptual discussion that lay in the second half. But as I continued to read, I found Lafitte’s insights regarding the evolution of the mechanical-man extremely valuable. The quest that Lafitte takes us on is magnificent in both scope and precision. He seeks not only to present the development of the mechanical-man as the avatar of our technological culture, but also to reveal what that might mean for our trajectory into the future. As with many processes of depth psychology, Lafitte digs into the depths (our past) in order to rediscover our spirit so that it may rise into the potentially limitless freedom of a new paradigm.