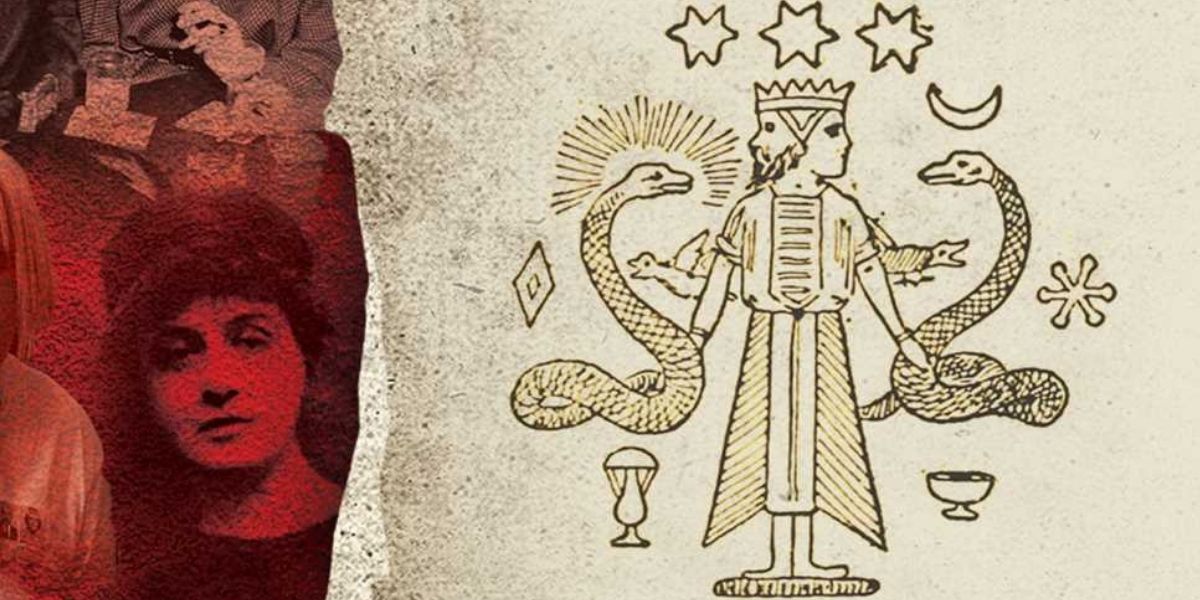 Riveting and yet delightfully easy to devour, Michael William West’s book Sex Magicians: The Lives and Spiritual Practices of Paschal Beverly Randolph, Aleister Crowley, Jack Parsons, Marjorie Cameron, Anton LaVey, and Others is a spirited collection of biographies of history’s most renowned sex magicians. Vice, voice, and breakthrough come together for the quite young yet practice of sex magic in the West, with the usual suspects of Aleister Crowley and Marjorie Cameron dancing side by side with the lesser known names such as the tragic leviathan Ida Craddock. West captures the personality and quirks of each magician with a finesse and sense of fun that perhaps only a fellow practicing sex magician could bring to the table.

West drops us squarely into the lives of renowned practitioners with such a unique immediacy—it’s a joy to gallop along with him as he recounts the meandering and often mad loves and appetites of the spirited way showers and metaphysicians of the Western tradition.

As a female-identifying practitioner, I’m fascinated by female identity and sex magic / eros in relationship to magic and gender, specifically female eroticism and occultism. I’m a student of my body in this way. Ecstatic personal rites and experiences are fascinating to me, as is the sovereign tantric path of sexual tantra and sacred sexuality. What struck me most in reading this book was the singular path each magician discovered, having developed their own lexicon, practice, and walked their own oft misunderstood path to illumination. Sex magic is a living tradition, as is magic, one that requires a certain diablesse and courage.

I loved Sex Magicians for it’s deep and windy dives into the lives of actual practitioners, and there’s something beautiful about a book that’s about sacred sexuality and not interested in virtue signaling or defining the ‘sacred’, but rather moving in the realms of exploration of the profane. It was a refreshing lens, a colorful one that adds dimension to the conversation on sacred sexuality. I have a soft spot in my heart for the colorful characters whose faustian will is so consuming that they use everything they can (sex included) to illuminate, inspire, and instigate their own awakenings, trials, tribulations, tragedy and all.

West’s obvious enjoyment of the topic shines through in his recounting. Beyond the sensationalism, sex magic’s major gift to us (or as West calls it, “The Open Path,”) in the here-present is a different way to the rancid landscape and psychic poverty inherent in modernity’s modus operandi of hook up culture. As West shares in the introduction, “Utilizing (sex) magic to know thyself and change your reality is a personal journey that requires imagination, creativity, and doing things your own way.”1

Anyone who is interested in — or practicing — at any level— will enjoy this benchmark book. West gives context, but the text also instigates in its own way an inner journey for the reader to contemplate what to take from the past, what to leave behind, and perhaps where their own sovereign journey will bring them.

Kat Grasso is a poet, creator, creature, and devoted witch currently dancing up and down the west coast. You can drop into some zines on poetsareprophets.com. Her happy obsessions include occultism, prophecy, the female gaze x practice / voice, and having an excellent fucking time.