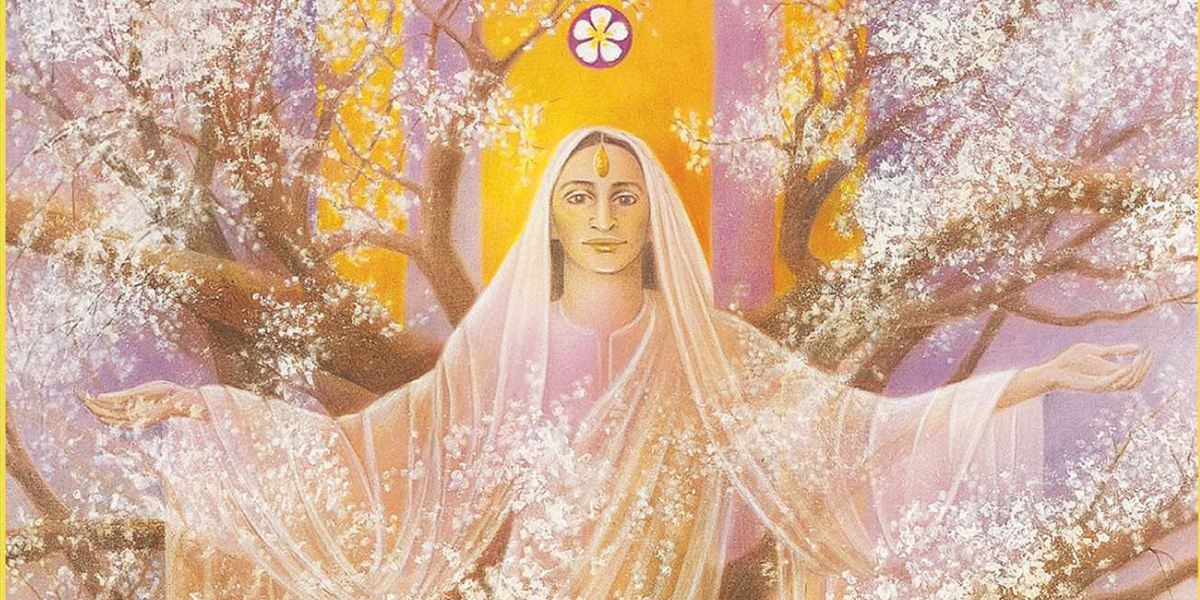 The Tree Angel Oracle by Fred Hageneder is a truly beautiful deck, illustrated by Anne Heng. The cards are illustrated with fairy-like figures ethereally interwoven with an image of a tree, creating a magical, endearing effect.  Printed on heavy, shiny cardstock, the cards felt special and charged from the moment I took them out of the box.  I delighted in selecting the cards that match trees that grow in my yard and around my neighborhood, such as Oak, Holly, Cherry, and Apple. I quickly choose all the cards matching the species of trees I have on my property and had a fun time envisioning these angels living in my trees.  The Tree Angels in these cards are drawn with such delicacy and care that I can truly get a feel for the character of the tree angels and also how they connect to that particular species of tree.

The book opens with an endearing introduction where Hageneder writes about a visionary experience he had while attending a Kundalini Yoga Retreat.  In his vision, he was invited into a sacred grove of trees and encouraged by the Tree Angels themselves to develop this oracle deck based on his experiences connecting deeply to trees.

However, unfortunately for me, the fantasy ended there.  In the first chapter of the book, Hageneder presents sort of a “woven tapestry” per se of world religions, their symbolism and mythologies, and how they each hold trees in high esteem.  He presents a particular interpretation on some ubiquitous religious stories, in particular the Garden of Eden story from the Book of Genesis. Here, he very matter-of-factly presents a remarkably modern and “New Age” summation of what that symbology means. Being somewhat of a nerd about classical Theology, I was miffed not seeing appropriate academic citations to back up his interpretative claims, and by the time I got past this, I was far from thinking about trees. Though his religious world-view is interesting — I probably agree with more of it than I disagree — I think it is problematic to present interpretations on religious symbolism as fact without contextualizing the scholarship that gave rise to those interpretations.  But we’ve strayed from the topic of trees, so let’s get back to that.

Obviously, there are hundreds of species of tree in the world and there are only 36 cards in this deck.  Hageneder has based his selection of trees on the “Ancient Irish Tree Alphabet” called the “ogham.” (p. 25) However because this particular catalogue of trees (and he doesn’t describe the “ogham” any further) all originate in a particular geographical area occupied by the Celts, he has omitted some of those trees in favor of wider diversity. For example, he included Ginkgo and Sycamore, which are native to other regions.

Hageneder offers several simple spreads to read the cards, though he emphasizes that choosing one card at a time is a great method for this deck.  I like the “Silent Guardians” spread which is a two-card spread where each card is part of a message relating to a transition in your life – passing from one phase to another.  The three-card spread suggested is called “The Primeval Doorway,” and in this spread the Tree Angels invite you to meet your guide on a journey into the Underworld.

The messages The Tree Angel Oracle cards offer are rich and long, with multiple meanings embedded.  Oak is one of my favorite cards because Oak trees are often associated with magic.

“The source of the life force nourishes your deepest roots with vitality, will, and power.  Make the world your own! But take care, hear the secrets of success, care for those in need, bring tenderness where emptiness once ruled.” (p. 57)

Oak is about being strong and enjoying vitality, but also about having integrity and being compassionate.

Sometimes the descriptions surprised me.  For example, the Ivy Tree Angel signifies humility, though in other sources I’ve known, ivy represents a protector and in other sources, an opportunist. So it seems to me that Hageneder is developing his meanings and interpretations from his own inspiration instead of drawing on ideas about tree spiritual energies that others have written about.

I am grateful for this deck, grateful for the window into deeper communion with trees that The Tree Angel Oracle offers. The cards are so beautifully illustrated by Anne Heng. The messages about the spiritual consciousness that is alive in trees is also beautiful – for this is something I very much believe in.  While Hageneder’s descriptions of the Tree Angel Oracle do not always resonate with me, I believe there is something profoundly magical and alive in these cards and there is a story to tell about discovering the consciousness in trees.