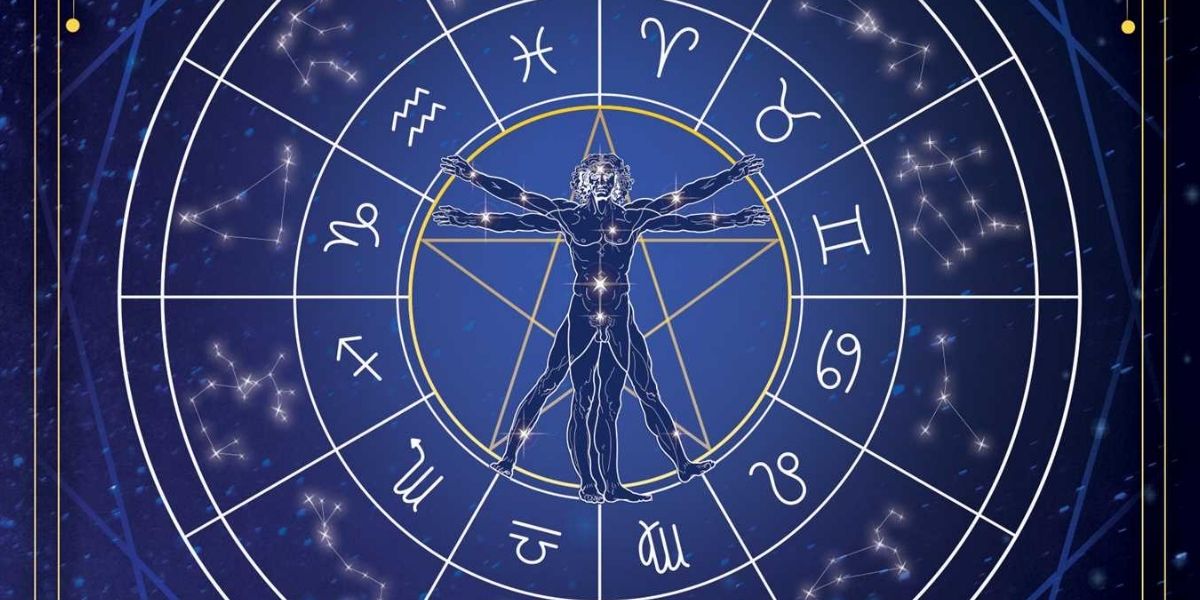 360 Degrees of Your Star Destiny, by Ellias Lonsdale

As a huge fan of Sabian symbols, I was eager to read Ellias Lonsdale’s latest book 360 Degree of Your Star Destiny. While this book is based on Chandra Symbols, which differ from Sabian symbols, I very much enjoyed reading about the esoteric wisdom of each degree in the zodiacal wheel. Lonsdale’s poetic writing brings astrological energy to life, filled with metaphor and imagery, going beyond the static, traditional interpretations of these potent power points.

Before diving in, I think it’s beneficial to highlight the differences between these various star degree systems. Sabian symbols were channeled in 1925 by Elsie Wheeler, along with assistance from Marc Edmund Jones. The story is actually quite lovely and can be read here. Master astrologer Dane Rudhyar  was fascinated with the symbols and interrupted them through his own lens.

However, Lonsdale, who has studied with both Rudhyar and Jones, drew inspiration for this book from the Chandra system, which was channeled by John Sandbach in 1983. Sandbach’s spirit guide, Chandra, which is Sanskrit for “Moon”, shared the symbols with Sandbach in the span of four hours one afternoon. He intended for those symbols to facilitate new awareness in astrologers, going beyond the labels of some degrees as “negative” and some as “positive”. His aim was for astrologers to be able to tune into the energy of these points, which is ever changing, without overthinking or over-rationalizing the symbolic meaning.1

With this foundation laid, Lonsdale has continued the work. 360 Degrees of Your Star Destiny is a collaborative work between Lonsdale, his current partner, Sharuna, and his former partner Sarah, in the form of spirit guide Haven, having passed beyond this world. It was channeled while Lonsdale and Sharuna lived in a “wildly open state”2 in the Singing Hills, bluffs overlooking the Pacific Ocean. It has taken them nearly 25 years to write this book based on the original transmissions.

Tapping into the Chandra Symbols’ energy is very intuitive when following Lonsdale’s method. Detailed are the “core activator”, or word image, for the nine planets, along with Rising Sign, Moon’s nodes, and asteroids Vesta, Juno, Ceres, and Pallas. The core activor descriptions of the planets are intended to help the reader connect with the esoteric wisdom of astrology. The descriptions of the planets based on their core activating imagery really adds a new dimension to one’s relation with each planet. For instance, here is part of the description for “Pluto as Winged Prophecy”3 (core activator: winged prophecy”):

“The true Plutonian depth process keeps us perpetually in the dark, yet it is a laser that reveals whatever we need to know to move deeper in order to get through the underworld. Clairsentience shows us that we do not need to see nor hear in the physical or subtle worlds. All is vibrationally and immensely re-creative.”4

I find there’s great advantage in relating to the planets through this core activation imagery. It brought the planets alive for me in a new way. Two that were especially revelatory for me were “Mercury as Intonation”5 and “Mars as Being and Becoming”6 Lonsdale’s elucidation on this word imagery renewed my  connection to the planets, inviting me to relate to them in a way different that I normally do.  He reminded me that planetary energy is both malleable, ever-changing, and multi-dimensional.

“In this way each planet opens as a portal and an evolutionary impulse into uncharted waters. So the planets don’t just tell us how it has always been. They reveal the mystery of what can be, as all is moving forward and deeply through us at any given time.”7

After opening the reader to all the planetary energies, Londales then delves into all the Chandra symbols and their star spark, which is the interpretation of the symbol. The book moves from Aries-Pisces, starting with the first degree and moving upward. In this system, the degree should always be rounded up. For instance, my natal Sun at 29 degrees Aquarius would be rounded up to 30 degrees. And speaking of this, let me share my star spark to give you an idea of Lonsdale’s poetically thought-provoking writing style:

“Aquarius 30
A large pool filled with white water lilies in bloom
Light in the spirit food that permeates the ethers of the planet with all that we need to grow and evolve. It’s a signal, a direct emanation of that sense that there is so much more where this came from. To inhale light in abundance is to be greatly blessed, honored, show the way.”

This is only a small snippet, yet I felt like there is so much wisdom in just this paragraph that I want to meditate on it for a week. I mean, naturally, I was so eager and curious that I read through all my natal planets immediately. But now that I went and did that, I can spend time with each Chandra symbol and let it’s insight reveal itself to me as I ponder the star spark and how it energetically shows up in my life. I have been taking it slow to absorb the information, and this delicacy with the imagery and interpretation has made all the difference.

I am trained in depth psychology, and one of the greatest things I learned is that you can’t rush the unconscious mind, which views the world in symbols, metaphor, myth and imagery. What is hidden must be accessed by indirect routes, allowing the mind to open and reveal itself as it feels ready. You can’t force the process, though it can be guided with the right words and images. This is what 360 Degrees of Wisdom has been for me: a subtle and powerful guide into the more esoteric wisdom of the planets, as well as the more subtle layers of energy in play within my own astrological chart.

Another way that I have been connecting with the Chandra Symbols is through drawing. By sketching and coloring the symbol, I feel like I am opening up new channels within myself for information to flow through. I have even tried translating my interpretation of the symbol and star spark into poetry. The beauty of this book is the invitation to be creative in how one approaches planetary energy and becomes attune to it in their own life.

Lonsdale writes how the reader can use the Chandra Symbols to learn about their natal chart (as I have been doing), as well as a form of divination by opening to a page to take in its meaning, following meaningful transits, and looking back on special moments in life to see what the planetary energy was at that time. These symbols and star sparks help to create meaning about one’s  astrology journey.

I plan on moving more slowly through the star sparks in my natal chart, moving towards each planet as it calls to me. Right now I am really wanting to work with Mars a bit more closely. The star spark feels SO resonant that it’s soul-warming. Here’s the Chandra symbol and part of the star spark for my natal Mars:

“Capricorn 15
A woman wearing a necklace of skulls
At the center of the maze, in the heart of darkness, she stumbles on the power that is given her, the power she cannot deny. She goes anywhere and everywhere in her search to become the other. Then she returns to the place she started from and the magic is right there, stronger than ever, refusing to be held within the structure and forms she tries to impose on it.”8

I have been reading this paragraph to myself every morning. I feel it within me, and it taps into an inner source of power I often overlook, though I cannot consciously describe what hits me so deeply. The imagery is especially potent for me since my middle name is Kali, a Hindu goddess often portrayed wearing a necklace of skulls! I have even thought about purchasing a necklace with a skull on it to remind me of my Mars energy. And this is what is so amazing about all the ways the Chandra symbols can be integrated into one’s own practice.

The core activators of the planets are not closed-off, bound definitions of each planet, nor are the star sparks walled-in interpretations. There’s so much room for contemplation, application, growth, and revelation within Lonsdale’s system, which make it mighty appealing to this philosophical astrologer.

I am also excited to refer to the Chandra Symbols and star sparks during certain impactful transits, such as Saturn crossing my descendent. I feel like going into the energy of that degree, while keeping in mind the planetary activator of Saturn, will help make the experience more meaningful. I certainly believe this consciousness to our transits can impact how we experience them, and I’m grateful Lonsdale has shared his channeled wisdom about each degree to help guide us in the process.

I highly recommend 360 Degrees of Your Star Destiny for those looking to expand their relationship with planetary energy. As I’ve said, these are not text-book definitions. Lonsdales has done a wonderful job of translating multifaceted, ever-changing energy into imagery that one can use as a starting point to delve deeper into the insight of the stars.

If you are someone who enjoys working with imagery, either as an artistic, writer, or depth-psychologist, this is definitely a must-have for one’s astrological collection. Because of the simplicity of the method and boundless possibilities of integrating the Chandra Symbols and star sparks, I think this is a great book for astrological beginners. Though even those who have lived by the stars for quite some time are sure to find something meaningful in Lonsdale’s works.

I keep thinking this book would be great to explore as a group, perhaps through meditation, art, or poetry. I would really enjoy discussing it with others, and for that reason, I plan on recommending it to friends. There’s something about it that calls to be shared, as though the information doesn’t want to be static and wants to keep moving. Perhaps it’s been passed along to you now! 🙂