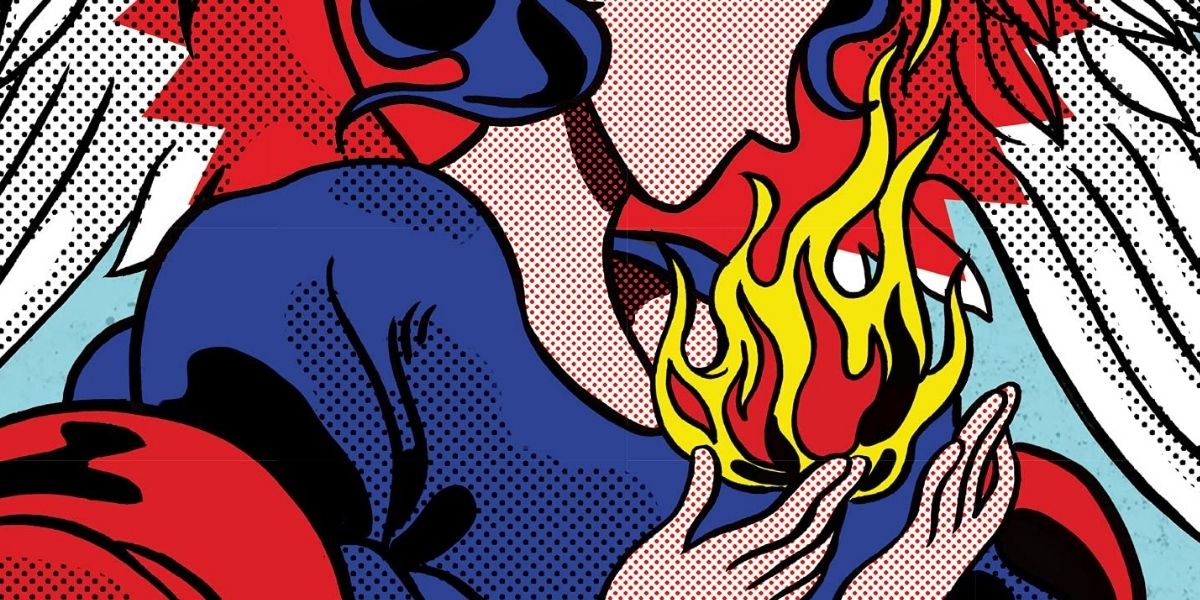 Described as a pop-illustrated encyclopedia, Angelology: An Illustrated Encyclopedia of Celestial Superheroes by Angemi Rabiolo (author) and Iris Biasio (illustrator) is an introduction to the angelic realm that presents them as celestial superheroes, much like your favorite comic strip. The book covers angels from various religions and belief systems, and its aim is to “accompany readers on a spiritual journey to discover the power of angels.”1

The central theme of the book resonated with me, namely, “the idea of completing a path – a path that begins with God and leads to humans through the hierarchy of the angels.”2 Although, I’m not convinced that path is completed, for me it is more so walking the path, coming to a point, and then re-walking another path, this still resonated. The author encourages the reader to work with the angels on one’s spiritual evolution. Questions that generally accompany such an evolution include asking who am I, what is love, why is there suffering in my life (specifically) and in the world (generally).

And the Rabiolo and Biasio definitely met their intent of arousing curiosity and stimulation new reflections. The book is not a traditional angel encyclopedia in that the book’s purpose was not meant to “include everything ever written about angels.”3 The writings do, however, drawn on a variety of sources including angels found in the Bible, the Book of Enoch, the Koran, and from non-monotheistic religions such as those found in ancient Egyptian, Greek, and Persian belief systems. The hierarchy of these beings of pure spirit is described from the Divine to the human. Included are writings on guardian angels as well as angels associated with certain zodiac signs and planets.

Eleven archangels are profiled as are 213 angels found in various religions traditions in angelic order. Archangels each have a specific task that “influences the existence of every human, and their incessant work permits humans to live their earthly life and to achieve spiritual fulfillment.”4

The section on the 213 angels provides one page on each, including the meaning of the angel’s name and its powers. Other information might be its associated zodiac sign (Adnachiel for Sagittarius) or planet (Takiel for Jupiter), who it is the guardian angel of (Manakel for people born between February 15-19).

I enjoyed Biasio’s illustrations that portrayed angels as superheroes as would be found in a comic book. The main colors of yellow, red, and blue made the images pop. The image of Laylahel who governs all nocturnal phenomena, has a figure opening a blue cloak the inside of which is covered in a yellow moon and stars. Hesediel, the archangel of desire and benevolence is portrayed holding a cornucopia from which coins fall. All are fun!

I recommend Angelology as an introductory to the angelic realm. It provides a great overview and is chock full of angels (over 200!) from which one can choose to work with on any area of interest. If you want to work with the Zodiac angels, you’re covered. The planets? You’re covered. Areas such as generosity, peace, or relationships? You’re covered. However, if you are looking for deeper work with the angels, this book does not contain things such as affirmations or meditations on the angels. The book presents the angels in a non-threatening manner and as such it invites the reader to open up to working with these beings who are here, of course, to guide us.