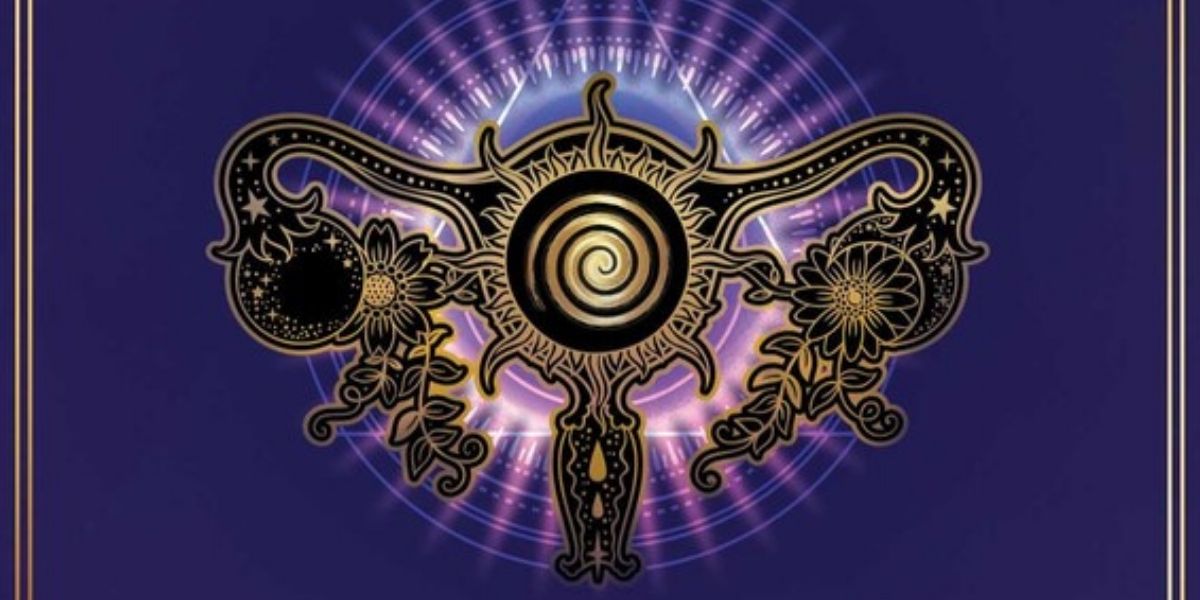 The Mystery Tradition of Miraculous Conception, by Marguerite Mary Rigoglioso

Every year on Christmas Eve, it always strikes me as odd that there is not more focus on Mary in the story of Jesus’s birth: a devout virgin, pregnant with the child of God, relying on faith alone amid adversity and uncertainty, in labor delivering Christ to the physical realm. Clearly, Mary had to be a pretty incredible woman to be picked for this divine conception, yet her story always seems glossed over in religious text. While scholars debate even the most minimal nuisance of Biblical text, many remain mysteriously mute on the subject of a virgin birth.

The more I learned about the divine feminine, ancient priestesses, and sacred sexuality, the more I became convinced there had to be something about Mary which made her able to fulfill such an extraordinary task, but I never could find any validation for this intuition. Finally, many of my questions have been answered by Marguerite Mary Rigoglioso in The Mystery Tradition of Miraculous Conception: Mary and the Lineage of Virgin Births, which hands-down has been one of the most life-changing books I’ve ever read.

The premise of The Mystery Tradition of Miraculous Conception is based on the Infancy Gospel of James (Protoevangelium of James) that dates back to the 2nd-century. It was never canonized, and in fact it was condemned by Pope Innocent I in 405. Rigoglioso chose to use the version of the gospel, which she refers to as the Birth of Mary, as translated by Ronald Hock. And let me tell you, this is one juicy gospel!

The author of the text claims to be James, Joseph’s son from his first (and only) wife. Described in the Infancy Gospel of James are Mary’s upbringing, her publicly acknowledged spiritual authority, her relationship to Joseph, her experience of pregnancy, her journey to Bethlehem, and finally the birth of Jesus and the events immediately following.

Piece by piece, Rigoglioso deciphers the text for the reader with the belief that certain parts of the text needed to be cryptic in order to keep the truth concealed. Based on her research, lineages of divine priestesses had been trained to conceive partheogentically, which is asexual reproduction where the egg turns into an embryo without the fertilization of sperm. According to Rigoglioso, Mary was impregnated by Logos, or “through some kind of unification with the divine creative sound, the divine order, the wisdom essence of the universe.”1

Mary’s unusual childhood prepared her to serve as a divine birth priestess, and she showed advanced spiritual mastery at an early age. She was prepared for this sacred duty from the time of her own parthenogenetic birth by her mother Anne, who was also a skilled divine birth priestess. Some of the things done to ready Mary for divine birth were imbibing consciousness-altering substances, eating a specific diet, and learning special songs and dances.

At the appropriate age, Mary is taken to the temple to be raised. She remains there until it is time for her to undertake her duty as divine birth priestess and is given to Joseph, who was chosen to protect her. Contrary to popular belief, Joseph and Mary never married, and from the text, he was rather resistant to caring for her at first. It is clear the conception, energetically initiated by Mary, was not at all aided by Joseph, who in fact didn’t believe at first she had conceived and remained a virgin.

Despite the miraculous nature of Mary’s feat, the Infancy Gospel of James also documents the trials she was put through by her own religious community to ensure she was telling the truth. This text reveals the distrust and suspicion surrounding the miraculous feat of a virgin birth and demonstrates the need for Mary to be concealed from the public as her pregnancy progresses.

Ultimately, Mary does give birth to Jesus, once again on her own in solitude. Joseph and the midwife he found return to find the baby has been born. The birth did not require the assistance of a midwife, which is considered another miraculous feat. The divine avatar, Jesus Christ, has been brought into existence.

After this brief synopsis of the Infancy Gospel of James, you might be doubting the veracity or questioning all that you’ve been taught. For this reason, I think it’s important to acknowledge Rigoglioso’s impressive career to highlight the background for this book. First and foremost, Rigoglioso is a distinguished expert on the subject of virgin births, previously authoring Virgin Mother Goddesses of Antiquity and The Cult of Divine Birth in Ancient Greece. She holds a Ph.D. in humanities and a M.A. in philosophy and religion from California Institute of Integral Studies, along with an B.A. in psychology from Vassar College.

Her scholarship is focused on ancient Mediterranean mystery traditions, bringing to light suppressed histories of holy women. Rigoglioso also teaches workshops, courses, and mentors people to assist them reclaiming the priestess path through offerings such as Priestess of the Dove Oracle Training and the Holy Womb Chakra teachings. She has many free spiritual resources on her website SevenSistersMysterySchool.com, which was very fun to peruse.

Needless to say, the content in the book is well-sourced and filled with references to ancient texts. Yes, Rigoglioso does interpret the Gospel of the Stars in her own way, but given her academic training and spiritual knowledge, I find the information credible. It takes someone with insight into ancient culture, Biblical history, and soulful wisdom to interpret the text as Rigoglioso has done.

Just reading the Infancy Gospel of James was an eye-opening experience, as I’ve done much studying of the suppression of Mary Magdalene in the Church’s history, but had never thought much about the Virgin Mary. I’m actually curious to learn more about their relationship, as it seems that Mary Magdalene is always portrayed as a sacred sexual priestess, which Rigoglioso very thoroughly distinguishes from the divine birth priestesses, who remained virgins their whole lives.

This especially piques my interest because Rigoglioso describes Mary’s parthenogenetic conception as this lineage was actively being dismantled by patriarchal forces. It makes me wonder, given the potency of the divine birth priestess, if Jesus would have been in a physical relationship with Mary Magdalene.

Another thing that really struck me as fascinating was Rigoglioso’s suggestion that the three wisemen actually came to see Mary, the most holy one who had accomplished this miraculous feat. Her interpretation of the three gifts they brought (gold, frankincense, and myrrh) makes much more sense as offerings for her as currency for financial support (gold), sacred temple herbs for her to burn in holy places and claim her spiritual authority (frankincense), and an embalming oil (myrrh) for when she needs to anoint Jesus’s body at his death.

That last bit might have you a bit confused: how would Mary have known about Jesus’s death at the time of his birth? The Infancy Gospel of James describes a prophecy Mary has right before giving birth, which Rigoglioso points out illuminates her spiritual mastery to hold the knowledge of cruelty the world will inflict on her son and remaining open to love nevertheless.

“It must be a disturbing reality for this young priestess to know that her child, no matter how holy, will be entering the world of matter and duality, and that all those associated with him will have to come to terms with that. In a sense, she is in this very moment, just before she is about to give birth, also able to foresee the circumstances of her son’s death, in which the duality around his teachings will be played out in a deeply painful way. Once again, we can really appreciate Mary as a human woman who will have to grapple with maintaining the high vibration of love amidst agony and fear as the events of her son’s life unfold.”2

Once again, Rigoglioso demonstrates that Mary was not a naive young woman, ignorant to the spiritual mastery of her son. Rather, it was through her training and active agency that Jesus, the son of the God, also considered a divine avatar by some, was able to physically manifest in this plane of existence. Her role as a most holy divine birth priestess is what allowed for a being of elevated consciousness to be conceived to elevate all of humanity.

Simply sitting with this truth changes everything for me. The information Rigoglioso has shared is so deeply empowering for me on a personal level, and I believe on a collective level too as more people awaken to the spiritual abilities of the divine feminine. For too long, women have been stripped of their spiritual authority, oppressed by patriarchal values, and denied the right to know the full potency of their potential abilities.

More than anything, I hope the information in The Mystery Traditions of Miraculous Conception becomes more wide-spread. I’ve been actively sharing what I learned from reading it with friends and family, initiating discussions about the topic of a virgin birth and Mary’s spiritual lineage. This is a must-read for anyone interested in the divine feminine, especially within Christianity. Rigoglioso has packed so much information into this text that I know I’ll be reading it again and again. I love that it’s filled with references and sources to assist the reader in doing their own investigation. All in all, this book is the major missing piece to the history of Christianity that is sure to spark meaningful revelation in all readers.