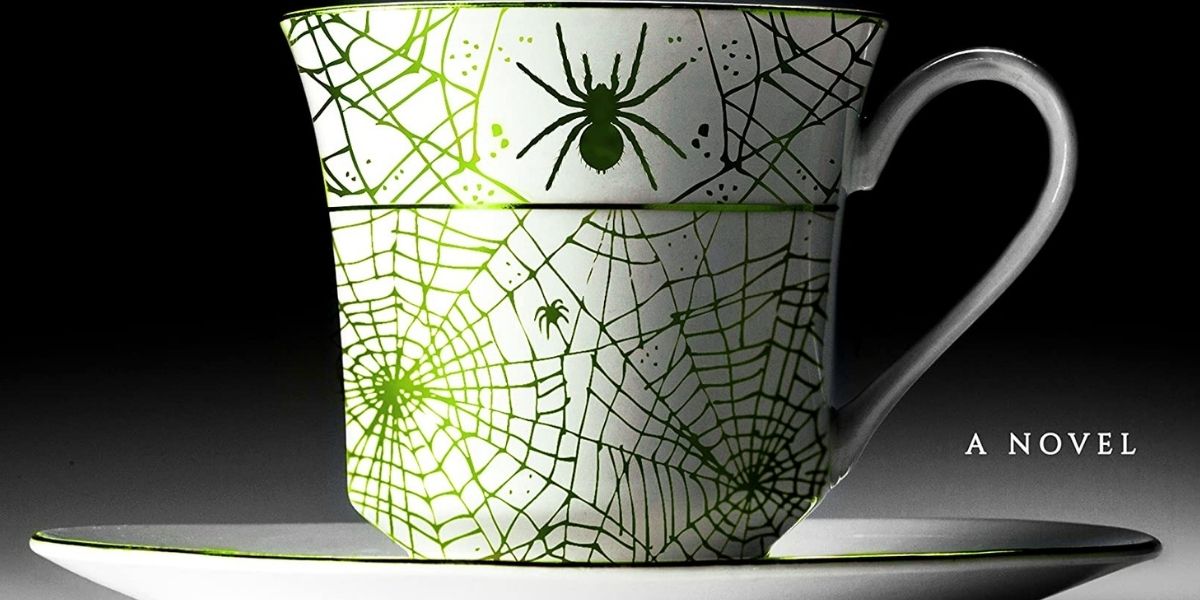 I was in a mood yesterday, but a quick trip to the library always changes that. Cackle by Rachel Patterson had arrived for me. As soon as I got home, I dove in. Once I started, I couldn’t put the book down, and I finished by the early evening. This book was just the reminder I needed of how empowering it can be to fully utilize my own magic and not shy away from power.

The basic premise of the book is the main character, Annie, is going through a break-up with her beau of a decade. It’s rough and she’s truly on the struggling bus trying to cope, drinking too much and feeling very despairing about her singledom. Since she can no longer afford New York City rent, she takes a job in upstate and moves to a small town named Rowan. Immediately, she loves the charm and small-town feel of Rowan.

Her impromptu meeting of Sophie, the most well-known woman in town, helps her to establish herself in Rowan. But there’s something odd about the way the townsfolk treat Sophie. Annie chalks it up to a mixture of reverence and fear, but Sophie is so doting towards her, she enjoys the company regardless. Annie is one of those people that seeks validation from others and prefers company over being alone.

When she’s not putting herself down, she’s usually crying over her ex-boyfriend Sam. Honestly, at times her depressed, self-depreciation did seem a little old at times, but I think it had its place within the overall context of the novel. And Annie is at least funny, so at times her distorted self-image is a nice comic relief. If we’re honest, many of us have gone through what Annie is experiencing, feeling lost, confused, and unsure of ourselves and the path forward.

Despite all of the emotional turmoil in her life, Annie quickly becomes best friends with the mysterious Sophie, who happens to live in a giant, haunted house in the middle of the woods. Sophie loves sweets, often baking for Annie, and Britney Spears. She’s caring, wise, and just a little intimidating with her subtle jokes of eating hearts and all-black wardrobe. But Sophie looks out for Annie, taking her under her wing, and even curses those who are unkind to her.

Sophie also has the ability to control spiders, so this book will definitely make you see arachnids in a new light. Just an FYI, in case you’re not a spider person! I for one loved all of it and just can’t stop imagining having a cute spider pet now.

As Annie’s relationship develops, she discovers new parts of herself. While she still pines over her ex, just like many modern women who had dreams of a marriage and family, she also starts to realize she has her own power. Power to indeed cause harm to those who bother her, as well as making objects float to her. As if this all isn’t enough to contend with, Annie realizes there are those in town who do not trust Sophie. She must decide for herself if her new bestie is honest and trustworthy, as some townsfolk say otherwise.

Like I said, I read this book quickly, and that’s mostly because it’s one of those chick-lit fiction books, which I have to say I love. Annie has a typical “basic” girl attitude and through surrender is able to discover a whole new power within her. The term “witchcraft” is barely used, as Sophie doesn’t like the stigma associated with it.

In reality, she’s nothing more than a woman who truly owns her desires, doesn’t settle, and is content to be fully in her own power. She’s unafraid to stand up for herself to those who seek to hurt her and finds no reason to shrink herself to please others or make them more comfortable. As Annie learns to do the same, she realizes there might be no turning back.

The revolution of women deciding they want to claim their happiness and be powerful, whether it intimidates others or not is the most potent magic. And Harrison has captured this journey perfectly in Cackle.

Another aspect of the book I really liked is that Sophie and Annie enjoy playing dress-up, dancing, baking or getting drunk together, and simply spending quality time with each other. Cackle celebrates modern-day female friendship, not through bonds of solidarity, but through simple care, nurturance, and honesty.

Sophie is a friend who knows when Annie needs psychedelic mushrooms, whiskey, or simply hot tea. She also doesn’t mince her words and is quite openly against Annie’s pining over Sam, making her new clothes and even cutting her hair. Cackle portrays all the small ways female friends support each other that make all the difference. While it might be hard to see how one is changing post-break-up, with the support of Sophie, Annie emerges a new person. At its heart, this story has a strong theme of friendship, women’s empowerment, and a sprinkle of magic!

The final thing I’ll note that I enjoyed is how magic was not portrayed as malevolent or benevolent. Sophie openly feels comfortable using her power to curse, choke, and probably even kill those who seek to do her wrong. Soon, Annie is learning how to do the same thing. I liked that Cackle wasn’t afraid to show women standing up for themselves and that the full range of supernatural powers was acknowledged without judgement. Sure, at first Annie was a bit taken aback by what she could do, but in time, she learned to wield it wisely.

I think it’s important to know how to both manifest your desires and use your energy to keep that which seeks to harm you at bay. Inevitably, there will always be something a little bit scary about a woman who is fully in control of herself and willing to own this power. It’s the classic witch motif that has caused men to shiver for centuries, but is that a reason to stay small?

Us modern-women of the 21st century think not! And for those of us who need a little self-esteem boost, or a reminder that we can choose who we give our energy to and rewrite our story at any time, Cackle is the book for us! Harrison has done a marvelous job of mixing modernity and magic to inspire us to believe the two can co-exist, even if only in fictional tales that inspire us not to seek our happily ever after, but the true witch within.