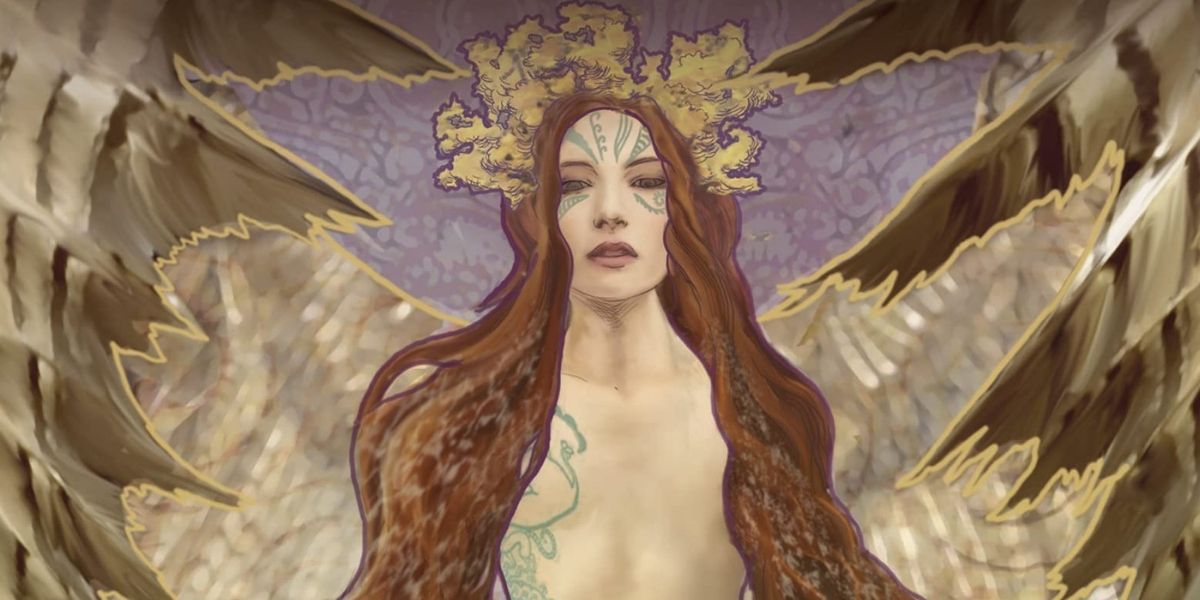 Most faith-based belief systems have similarities ranging from deities and methods of worship and ritual to their myths and legends. In Pagan Portals – Blodeuwedd, Jhenah Telyndru takes us on a deep dive into who the Welsh goddess is, where she came from, and what she symbolizes.

An in-depth researcher who leaves no stone unturned, Telyndru has masterfully taken an enormous amount of data and compiled it into healthy bites that present an interesting tale. Like most of the Celtic Britons, the Welsh people opted to share their stories through oral tradition, resulting in limited resources from which to pull when putting together a book such as this. Telyndru has woven a magical tale of a goddess whose origin story sounds a lot like that of Eve.

One of the reasons why I love exploring religious cultures and their deities is the thread of consistency that connects most, if not all, of the religions we see today. We are all familiar with the Christian tale of Eve: a woman created from the rib of Adam, the first man, and what she has come to represent. A similar thread appears in the Welsh goddess’ story as well.

In Blodeuwedd’s story, she is created to be the wife of Lleu, a man who is forbidden to marry a human woman due to trickery. Lleu and his father create Blodeuwedd out of oak, broom, and meadowsweet flowers and the two are married. Once married, Lleu is gifted lands by his father and the two settle down.

One day, Lleu decides to visit his father and leaves the estate under Blodeuwedd’s care. He leaves, and Blodeuwedd is informed that a lord from a neighboring kingdom is on her lands. He and his party had been hunting a stag and had followed the animal onto her lands. She extends the hospitality of her hall to him, as is the custom, and sparks fly. They spend a few nights together and they come up with a plan to spend the rest of eternity together. These things never turn out the way they are supposed to, and both Blodeuwedd and her lover are found and punished.

What’s interesting to me is the fact that Blodeuwedd was not given a choice, much like the Christian Eve. They were both created to serve a function, and once they discovered that there was more to life than their specific function, they were punished. This theme carries through into real life as well, with women bearing the brunt of man’s anger and suspicion throughout the ages. You needn’t look far back in time to see glimpses of this: it’s everywhere.

The book details the circumstances around the creation of Blodeuwedd and explains why her creation story was a bit tricky to accept. Telyndru explains:

“It is notable that we don’t see Blodeuwedd give consent to her marriage…Even if we assume she has given consent “off stage”… as a literal newborn, would Blodeuwedd have even possessed the understanding or capacity required to make such a choice?…she has no family to negotiate the terms of the marriage on her behalf. She has been created specifically for the purpose of being Lleu’s wife, since her creator is Gwydion, Lleu’s uncle, it is clear that his priority is to see his nephew wed…”1

“…Blodeuwedd is married the same day she steps into this world… it is this very lack of consent which may have stood out to the contemporary medieval audience, leading them to consider that the marriage…may not have been proper or legal.”2

This is important because Blodeuwedd’s apparent adultery was not considered to have been that; according to their customs, her union with Gronw, the lord from the other kingdom, fulfilled very specific requirements involving three nights of consecutive sleeping together as a sort of elopement. Since her ‘marriage’ to Lleu did not have her consent, and therefore did not seem legal or proper, she couldn’t have committed adultery. What a fascinating twist! Despite all that though, it should come as no surprise that this story was meant as a cautionary tale to the medieval audience: “nothing good comes of women seeking to change their circumstances, especially when it goes against the status quo.”3

This book, while fascinating and wonderfully written, had parts that really upset me. I see echoes of this story everywhere I look, where women regularly sacrifice their own dreams in order to look after the home and support her partner. Personally, I am tired of the expectation that I should shelve my own aspirations in order to support my partner in achieving their goals. I didn’t even get into the sexual repression and how women’s sexual agency is an apparent threat as the whole thing just infuriates me. Not Telyndru’s fault or anything they have done, it’s the topics that this particular legend covers that just irks me.

Having said that, I think it’s vital that we read things such as this in order to see where these ideas come form and hopefully create new ones that are in alignment with current equality expectations. And honestly, the legend of Blodeuwedd doesn’t stop with the whole adultery thing. Becoming the Goddess of Sovereignty isn’t just about agency, it’s also about creating opportunities for those who would rule to prove themselves worthy of the task. As her legend evolved, Blodeuwedd morphs into a benevolent Goddess who was instrumental in creating an opportunity for Lleu and Gronw to achieve their destinies.

If you have even an inkling of an interest in this type of legend, you should pick Pagan Portals – Blodeuwedd. It infuriated me in parts and made me happy in others, and that’s really what I want in a book. Telyndru did a remarkable job in putting together a ton of information in an easy-to-understand way. Now if you’ll excuse me, there’s a patriarchy I have to topple.