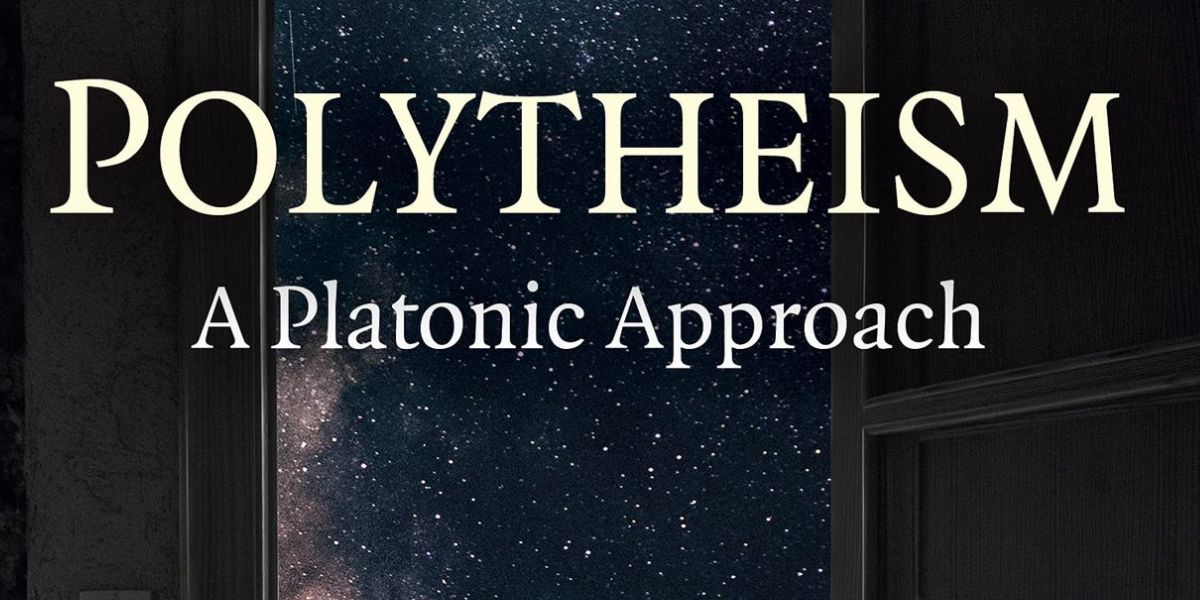 In Pagan Portals – Polytheism: A Platonic Approach, Steven Dillon presents a deceptively simple argument for the position that the existence of any god, even the God espoused by one of the monotheistic religions, entails the existence of many gods. To put it simply: “theism just is polytheism.”1 What’s more, Dillon intends to do this by drawing upon classical platonist philosophy? I was immediately sold on this book. But, reader be warned: Pagan Portals – Polytheism: A Platonic Approach is not the easiest reading. It is a true work of analytic philosophy: its main argument appears easy to grasp, but the proof of each step is rigorous and highly theoretical. With two master’s degrees in philosophy myself, this book still demanded great focus and concentration. And was worth the effort!

Dillon’s main argument has massive implications – not the least of which is that belief systems based around monotheism are fundamentally self-contradictory. And a similar problem would also arise for any theistic beliefs which include a hierarchy of gods: e.g. Zeus would be no more metaphysically important or fundamental to reality than Hephaestus; or beliefs which consider one group of deities (the Norse pantheon) greater or more real than another (the Egyptian pantheon). To put it lightly: this argument has very wide consequences for religious thinking.

Dillon attempts to make all these arguments and disagreements over different gods, detities, etc. a thing of the past. Dillon puts this all to rest by – very basically – arguing that any particular god is a revelation of the ineffable subject of divine being (which cannot be a particular thing, cannot have definite properties, cannot be quantified at all). As such, any particular god contains/implies all other gods. When the implications of this position are taken to their conclusion, Dillon finds that “all things are divinely constituted by a plurality of polycentric henads.”2

Naturally, in order to understand the intricacies of what Dillon means, you’ll have to read the book to get all the nitty gritty details yourself. But for our purposes here, I’d like to point out a couple of the major ideas underlying Dillon’s argument. 1) Dillon’s starting premise, “To be divine is to transcend Nature,”3 means that the precise notion of “transcend” is going to be extremely important. 2) One of Dillon’s key strategies in formulating his argument is relying upon the analogy between (Indo-European) grammatical structure and how beings (any entity, object, mind) possess their properties. Beings have properties like subjects have predicates.

These two points will turn out to be critical in evaluating the soundness of the main argument. While Dillon has much to say on both, it’s the reliance upon these two ideas which leaves an opening for potential problems to creep in. I am not presenting a refutation of Dillon’s argument, but I wish to raise concerns so that readers can conduct their own examination. Uniting the two issues is my overarching concern that Dillon’s interpretations of theistic ideas (e.g. the transcendence of divine being) may be overly simplified, derived from commonly-held beliefs rather than deeper theological understanding. It’s completely reasonable to rely on common notions of course, but when they are so important to the overall argument, it’s worth being extra cautious in how they are borne out.

Secondly, Dillon gives very short attention to the consideration of immanence, which is often taken as being just as important as transcendence to the divine mode of being. Dillon requires his notion of transcendence in order to later defend his position from accusations of pantheism – if the divine is completely beyond Nature, then pantheism cannot be true. It’s unclear why he is resistant to the pantheist position, as the whole argument seems to be leading there (apart from the problematic premise I’ve indicated); but if Dillon’s interpretation of “transcendence” is put into question, it would be much more difficult to avoid the pantheist conclusion.

For (2), this grammatical analogy has been a long-standing philosophical position, especially in western analytic traditions, it is not above question. Some Asian philosophical and religious traditions would not necessarily assent to this analogy; nor do all languages function in the way described in the analogy. Process theories of Reality (e.g. those of Whitehead or Buddhist traditions), or those which hold relationships as prior to the relata (particulars, objects, henads), would likely also reject this idea.

But using this analogy will force oneself into a position where “divine being” (which should not be considered some kind of being, among other beings, as Dillon also agrees) must be considered a “thing” of sorts: an entity which plays an analogous role as the subject of a sentence, but conflicts with the ineffability of the divine. Dillon argues for the polycentricity of divine being to avoid this problem (even gesturing toward Process theories, or the divine as a mode of being), but I would suggest that the analogy may ultimately trap the argument into trying to use language to express what language cannot capture.

All that said, Pagan Portals – Polytheism: A Platonic Approach is a courageous and intricate work of philosophy seeking to bridge the differences between theistic systems regarding divine being. The book is extremely well organized, clearly leading the reader through the main argument and its implications to reach the final conclusion. Each of the early chapters is dedicated to explaining and supporting just one of the main premises, so it’s easy to keep track of where we are within the argument, as well as how we got there.

Although I have drawn upon my background as a philosopher to take issue with a few of Dillon’s points, it would require a much more thorough analysis to provide any substantive objection to his position. Despite being a challenging read, I heartily recommend Dillon’s book to anyone with philosophical-theological inclinations, and I eagerly await further developments in this line of inquiry from Dillon and those responding to his great work.