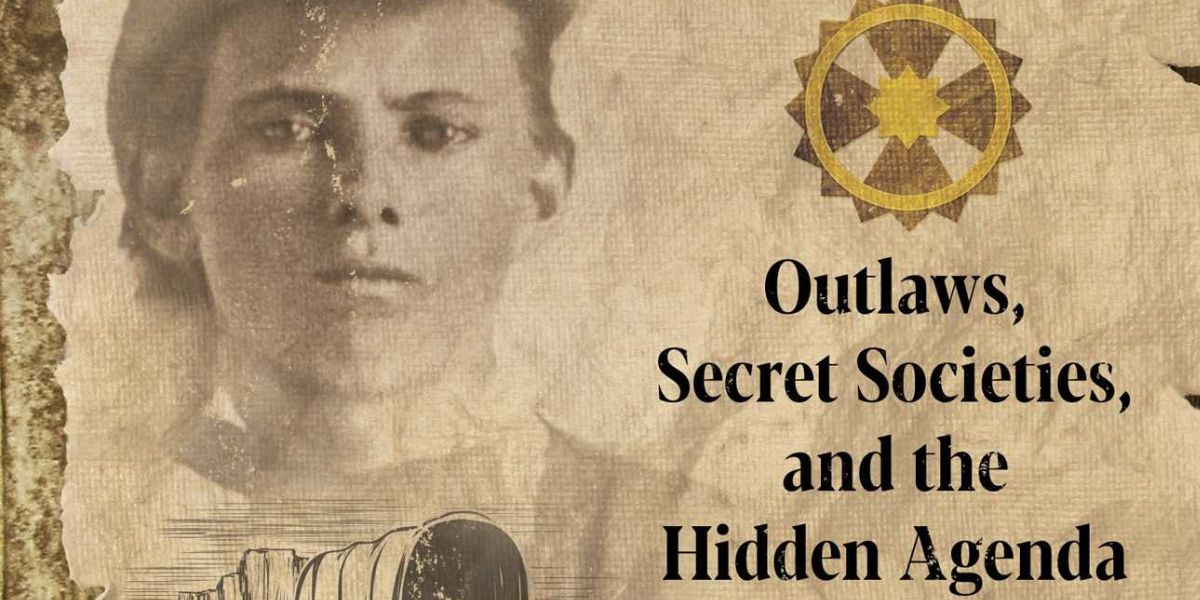 Ancestral work is very common during the autumn months. Perhaps in your own genealogical explorations you’ve uncovered some colorful characters, maybe even a person of historical significance. Daniel J. Duke claims he is the descendent of Western outlaw Jesse James, and his meticulous study further into his lineage has revealed quite a few fascinating American secrets. Secret History of the Wild, Wild West: Outlaws, Secret Societies, and the Hidden Agenda of the Elites explores how Jesse James and other Western outlaws were part of a secret society that has influenced politics by pulling strings behind the scenes.

It is believed that James, Duke’s great-great grandfather, faked his own death in 1882 and lived out the rest of his life in Texas. His book, The Mysterious Life and Faked Death of Jesse James, details evidence he uncovered from state and federal records, photographs, diaries, newspapers, and even DNA tests to confirm this. And while it might sound a little bit like National Treasure, Duke further discovered that James’ diaries and treasure maps indicate connections between James, Freemasons, the Knights Templar, the Founding Fathers, and Jewish mysticism, which is explored in his book Jesse James and the Lost Templar Treasure.

Secret History of the Wild, Wild West further expands Duke’s research to showcase how Jesse James wasn’t the only Western outlaw to run in these circles and fake his death. Based on James’ diary, Billy the Kid also did the same a little over eight months after James, settling into a new life with an alias “Oliver P. “Ollie” Roberts a.k.a. “Brushy Bill” Roberts of Hico, Texas”1. As if this isn’t intriguing enough, Duke even asserts a family connection between James and Clyde Barrow, of the famous Bonnie and Clyde duo.

Admittedly, this book probably should be prefaced by Duke’s aforementioned books because he does discuss the role James played in securely hiding Templar treasures, as a main thesis in this book is that interconnected, influential families in the West also played a role. He quickly gives a synopsis of the role of the Freemasons in protecting James and James’ role in burying Templar treasure on gridlines in America, but I felt myself longing for more information.

But while this focus on the past is covered for new readers like myself, the thesis of this book highlights the connections between modern influential families, the search for buried treasure, and the impact on American politics. Duke notes connections between both President Harry Truman and President Lyndon Baines Johnson with James L. Courtney: James’ alias after faking his death. Duke brings to light hidden agendas of finding this buried treasure and, further, a secret destiny for America might still be in progress.

“Part of that mission included the formation of the United States of America, modeled after a desire of people around the world to have the freedom and liberties that so many before them had sought, fought for, and died for. In that type of struggle, there are many grey areas, with good men doing bad things for the right reasons or for what at the time seems like their only choice.”2

One thing of note about this book is that it is meticulously researched, sometimes to the point of information overload. While I was happy to take Duke’s research at face-value, for those who are looking to confirm or deny his theory, he is very transparent about his sources and line of thinking. The Appendix, “Connections That Paved the Way,” is filled with detailed information about people and their relationship to James that helped Duke to put all the pieces of this puzzle together. There’s also extensive notes for each section, as well as primary sources such as photographs and newspaper articles.

All in all, Secret History of the Wild, Wild West was a very fascinating read. I was impressed by Duke’s genealogical research and the way he was able to follow a trail to reveal these interesting insights. The lives of Western outlaws makes one wonder if there was a potential mission beyond just riches and notoriety. Though I know it’s the subject of one of Duke’s books, this book made me want to learn more about the relationship between the Knights Templar and hidden treasure in America. It seems they all fit together to present a well- rounded picture of a secret agenda shared by outlaws of the wild West.