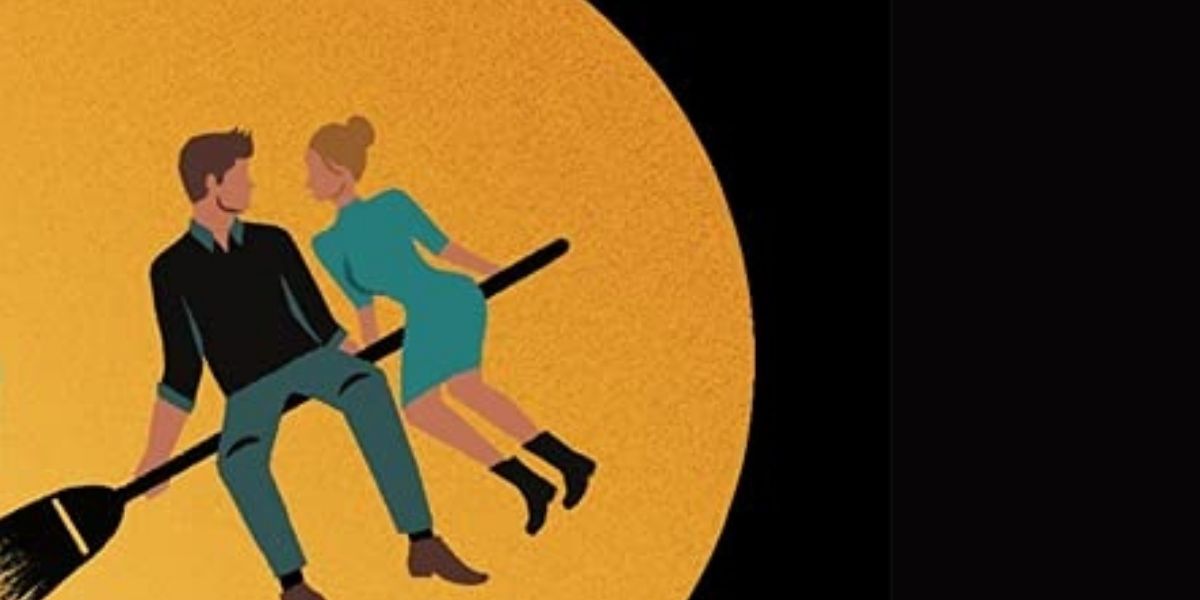 The Ex Hex, by Erin Sterling

I was in the mood for a more light-hearted book, so browsing my current stack of library books, I picked out The Ex Hex by Erin Sterling. You can only imagine the laugh I got out of the first line, “Never mix vodka and witchcraft.”1 I hate to say it, but “been there, done that”, and it has never ended up good! At least for me it didn’t turn into the colossal f*ckery that it became for Vivenne Jones.

Brokenhearted by her Welsh summer beau, Rhys Penhallow, Vivienne is doing the best to cheer herself up with a soothing bath, candles, and a bit of cologne conjuring as she laments the loss of young love. Rhys had told her that morning he had to go sort out his betrothal with his father. Clearly, that didn’t sit well with Vivienne who had no idea her summer lover was on the market for another woman. Not only did she curse at him, while tossing his pants in his face, in an attempt to magic her way out of the sadness, Vivenne and her cousin Gwen decide to put a hex on Rhys.

For the most part, it’s all fun and games, to the point where they even throw caution to the wind about Aunt Eliane’s warning to not even do magic while drinking. Their curse for Rhys to always hit just a quarter inch away from a woman’s clitoris and never to have his hair do “that thing” seem like harmless antics, but with the words “I curse you Rhys Penhallow” uttered by Vivienne, their candle bursts into flames.

It seems something has been ignited, but they chalk it up to a gust of a wind and over the years forget about it. Though, it does seem like Vivienne never truly forgot the impact Rhys had made on her tender, young heart.. I mean how could she really when the college she works out is named after his family, who also founded the town she lives in.

Rhys too never truly seemed to forget Vivienne, but in the nine years since he’d been back to Graves Glend, he had created a successful travel business for himself. Sure, clients benefited from a bit of magic that ensured on-time flights and smooth vacations, but Rhys provided a one of a kind service that always got rave reviews. With so much going on with his business in London, It is over a half-a-year since he last saw his family in Wales.

When he stops in for a visit, his foreboding father requests that he return to Graves Glen, Georgia for the Founder’s Day celebration of his ancestor and recharge the ley lines that keep magic afloat in the town. Rhys tries to protest, but ultimately surrenders to taking the trip to America for the sake of family duty. However, the moment he’s within town limits, everything just seems to go wrong.

From an ominous storm to flat tires, Rhys can’t catch a break. Before he can even make it to his family’s house, he finds himself on the side of the road when headlights come right for him, nearly running him over. Turns out, it was Vivienne on her way home from work who nearly nipped him, had he not jumped into a ditch. And here’s where their story begins all over again!

I won’t give too much further away, but I will say they have a hilarious dynamic between them. There’s plenty of banter, despite the unresolved internal feelings of each character. Together, they wrestle witch ghosts, murderous wind-up toys, and potions gone wrong. It is up to them to figure out how to reverse the curse, something former witches don’t seem to leave much instruction on how to do, in order to save Grave Glen.

As far as magic books go, this one is very typical in its approach. There’s a town college for witches, hidden on the normal campus of Penhallow University, where Vivienne teaches Western Civ to incoming freshmen. It takes place during Halloween season, and there’s the focus on haunted houses and ghosts. Vivienne and her family must use magic to improve the small things in their life, from cleaning the apartment to creating a mood setting in the storage room of their shop Wicked Ways.

Sure, there’s the academic witches at the college, but they tend to shy away from Vivienne’s family, in fact, most people don’t even know Vivienne is a witch. She was raised by her mother who chose a normal life and equated magic with bad, so it was only later in life that Vivienne learned the full extent of who she truly was when she went to live with Gwen and Aunt Elaine.

To be honest, the book is more of a rom-com with a theme of witchcraft intermixed within it, rather than a book that truly delves into the craft. But like I said, I was in the mood for something light, and this perfectly satisfied that reading-crave for me. I enjoyed envisioning the setting of the small town and all the cute festivals going on during its peak season of Halloween.

I found both Vivienne and Rhys hilarious and relatable. There’s quite a bit of built up sexual tension and eventual snogging. It does have the traditional flow of a romantic book that culminates in a happy ending. But I think most readers expect that going into a book like this, yet we still enjoy reading the whole thing to see how it plays out.

The one warning I will give is that Rhys has a bit of a charming, frat boy mentality, but not to the point where he’s obnoxious. Actually, I really liked him as a sexy male lead in the book. He rushes into things without thinking, but you can see personal growth and transformation in him, which I think adds to my feeling of reader satisfaction. And Vivienne is a perfectly relatable woman, who has her moments of doubt, but is fierce in her anger towards Rhys and doesn’t back down in advocating for herself.

It’s fun in the meantime to see all the ways the curse goes wrong and how Vivienne and Rhys do their best to extinguish the small fires of disaster in town, which only seems to fan the flame between them. The ending was a little unexpected too, which added a bit more depth to the reasoning behind the curse.

All in all, The Ex Hex is a fun to read romantic comedy filled with witchcraft, magic, curses, and love. There’s plenty of wit, comedy, banter, and… sex! It’s perfect for a few laughs and light-hearted amusement. You’ll find out how curses are reversed and what can happen when two former lovers reunite.