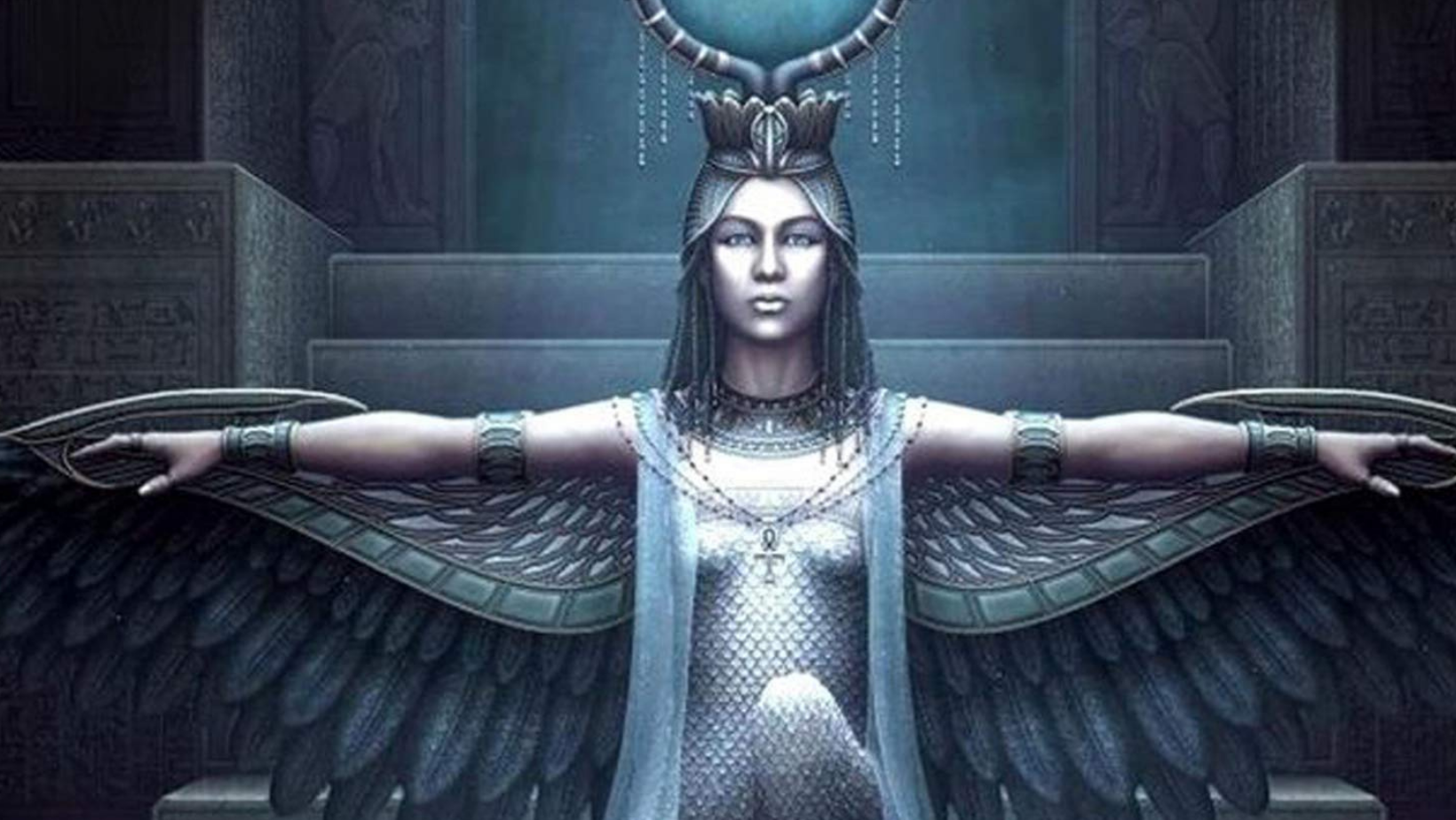 ..In Wicca, our approach to magic is usually through the Gods. Having done all we are capable of doing on this plane, we turn to magic, and will often ask for the help, guidance, and blessing of specific deities….Egyptian legend says that Ra invented magic. The Gods were too busy to do everything, so Ra gave humankind magical powers, heka, so that we would be able to handle the unseen world ourselves.1

The writings of author, Ellen Canon Reed (1943-2003), have been widely accepted and long used as foundational points of reference within the Craft and practice of Wicca. Her teachings have been noted as holding true to the philosophical approach of the Witch as well as serving as a foundational path towards increasing one’s knowledge beyond the basics of witchcraft, including the Qabalah, Egyptian Magic and more. During her lifetime she was considered to be one of prominent resources regarding the Craft and even after her death her books are used widely within the pagan community.

Her book Ancient Egyptian Magic for Modern Witches: Rituals, Meditations & Magical Tools fills all of the check boxes in creating a read that is both informative and able to be used in practical application. Although it is not as robust as some of the many titles we are finding in more abundance about the spiritual practices and religious philosophies of ancient Egypt, it is true to and in keeping with informing a Wiccan practice. This is one of the things that set this book apart from the others in offering a “way” to the Egyptian deities that is compatible with any system you are already employing, especially that of the  witch.

Something the reader will encounter throughout is the use of the term “Tamerans” in place of Ancient Egyptian. This serves both a pragmatic approach for the author and offers an alternative to the readily used term of Khemtic that we often encounter around writings of Ancient Egyptian magic. And, I believe the statement below illustrates Reed’s very simple and authentic approach in a desire to share the knowledge and offer a point of path for any who seek the wisdom…

…I discovered very early in writing this book that typing “ancient Egyptians” became tedious. If it’s tedious to write, it might well be tedious to read. Here’s how I solved the problem. An ancient name for Egypt was Tamera, which means “Beloved Land”… I will refer to ancient Egypt as Tamera and to its inhabitants as Tameran.2

This book lives up to its title in content. Reed provides the reader with enough information to begin the journey of spiritual connection for more than two dozen Egyptian Deities, and in doing so also expands the baseline of the more traditional gods/goddesses that are more prominently served. At 288 pages there is not nearly enough space to even scratch the surface of the cosmic view embedded in all of ancient Egyptian life, but the structure of the book lends itself well to a satisfying sampling of ways to engage in the profound energies of this pantheon, its culture, and its magic.

Ancient Egyptian Magic for Modern Witches is separated into three parts, beginning with an introduction to the deities that can be called upon. Part 1: Gods and Goddesses of Egypt begins with one of the most well-known goddesses, Nut…

…The ancients portrayed Her stretched across the heavens with her feet to the East and her head to the West. The stars, they said, were jewels on her body, and the Milky Way was milk from her breasts.3

The hieroglyph representing the deity being discussed graces the top of the page and some basic information about the energy offered by that deity follows. I appreciated the image of the hieroglyph(s) because it lent an additional layer of use for connecting with that deity utilizing the strongly visual nature that humans inherently have.

Reed engages the reader with an easily recognizable portrayal of these larger than life deities through the use of personal examples of interaction or the experience of their calling as part of her coven’s ritual workings. This approach is used throughout the book and is a style common to the writings of Reed. She was able to encourage her readers to approach Wicca and the practice of a Witch without fear and/or the need for distancing oneself from the honoring of the divine beings that are our co-creators of this spiritual path. The final section of Part 1: Gods and Goddesses of Egypt provides the reader with an additional snapshot of forty-plus lesser-known Egyptian deities, their hieroglyphs, and just enough information to prompt further exploration.

I especially enjoyed Part II: Meditations, Rituals, and Developing Relationships with Deities. The primary focus of this section is one of practical experience as a tool towards bringing these deities into your life in a meaningful and deeply connected way. Reed states…

…We’ve used these techniques individually and as a group. Those who were involved-students, friends, other covens-almost invariably gained something more than knowledge of the Gods. They gained a relationship with Them. To us, these Gods are not abstract ideas or energies. They are not distant unreachable energies. To us, They are known, and loved…greatly loved.4

This statement sets the tone for what follows as a gift of meditations, mantras, rituals, recipes for food, incense and oils, and songs with lyrics and musical score. Each of these components has been tested for efficacy by Reed’s coven, Sothistar; and its members crafted many of the recipes for incense, food, and drink. I really enjoyed the ritual “Celebration of the Birthdays of the Gods” shared that Reed’s coven enacted annually….

…. For many years Sothistar held a “Birthday of the God/dess” party , to celebrate the birth of the five Egyptian Deities (Asar, Aset, Heru, Nebet Het, Set). … These celebrations were held on the Saturday or Sunday that fell within the five days preceding July 19th, the date of the rising of Sirius.5

Part III: Magic and Magical Tools wraps everything up nicely with suggestions and instructions for creating amulets, pillows, creating a sistrum (the sacred instrument of Hathor), and more. There is a section with images of various basic hieroglyphs that can be inscribed for magical workings, another dedicated to some unique ways of using Divination with the overlay of Egyptian magic, and one about Reed’s process of trial and error. This seems a fitting way to conclude the journey that began with introduction to the Deities you would be working with, putting into more practical use the relationship that developed.

The Appendices add to the resources provided in Ancient Egyptian Magic for Modern Witches. Appendix A: Tameran Names is a wonderful addition of recommendation for those wishing to take a magical name that is in keeping with the Tameran language and meanings. We are told that Appendix B: The Calendar is a reflection of information found on the Cairo Papyrus regarding the various dates observed by the Egyptians. This resource is not one that is usually included in other books and provided another layer to be used in deepening our connection to the Ancient Egyptians. The calendar spoke to each day of the year and the trials or joys, festivals of the gods and more…

…The Tamerans had a calendar of twelve 30-day months, with five “extra” days called the epagogemental days occurring right before the New Year.  The year began the first day Sirius (Sothis) rose at dawn after the rising of the Nile. This took place approximately July 19 on our present day calendar.6

The Glossary at the end of the book and the Bibliography provided serve as additional reference tools and opportunities to explore other writings related to the Ancient Egyptians.

Ancient Egyptian Magic for Modern Witches is definitely a title worth reading whether you are committed to a path aligned with Egyptian magic or another. In fact, this book is a reminder that many of the religious and spiritual practices of the Egyptians are those that were adapted and refined to mold more easily to the cultures in which they were introduced. By gaining an understanding of these older deities and practices of the Ancient Egyptians, we gain a deeper understanding of those that have followed as Celtic, Greek, and others.