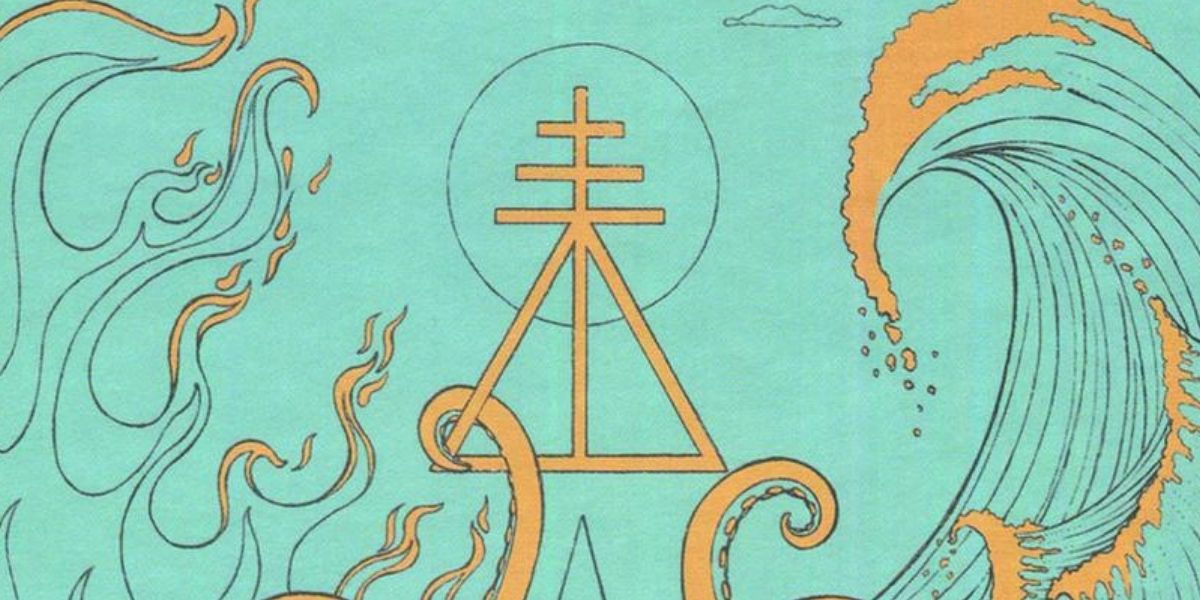 Elemental Power Tarot is a beautiful deck, which uses rustic, muted tones and hand-drawn images to create an earthy look. What is unique about this deck’s approach to the tarot is that none of the cards feature images of people — only inanimate objects and animals are featured in the images.

The author and designer, Melinda Lee Holm, explains in the book accompanying the deck that it is her intention the querent superimposes themself in the images instead of see another person there. So, for example, The Fool card depicts a winding dirt pathway that meanders out off the side of a cliff, as if the querent themself were taking this risk instead of watching it be taken by somebody else. Likewise, the High Priestess, Empress, and Emperor all depict empty, yet appropriately decorated thrones. Meanwhile, the Heirophant depicts a Buddhist meditation shrine on the side of a path.

I quite like this approach as it challenges the querent to truly see themselves in the midst of the situation at hand and not simply as a passive observer. Some of the cards seem to present environmental messages as well — the Death card portraying a bee on a skull and crossbones, and Judgement shows pollution buried underground. Each Major Arcana features both an astrological symbol and a Hebrew glyph to invite the querent towards further insight into the meaning of the card.

However, the only thing I do not like about this deck is that the cards of the Minor Arcana only show the element (Swords, Wands, Cups or Disks) in the amount of the card’s number. There is no scenic image to help discern the meaning of the card. My good friend exclaimed as she picked up the deck that she would not be able to read the cards because she’s trained in the method of reading solely based in intuitively interpreting images. So from this light, this deck is not the best choice for someone who is on the newer side of reading tarot and doesn’t the meanings memorized. Still, the accompanying guidebook is thorough and easy to read, so really anyone willing to take the time can get an accurate reading using this deck.

The book accompanying this deck is actually quite exceptional. Holm starts off with instructions on how to perform a 5-element ritual to welcome the deck into your life and initiate its prophetic power. From there she includes suggestions on phrasing questions in “tarot speak” to get clearer results as well as an intuitive technique she calls “reading the room.” Holm offers her readers 3 different simple spreads to get started: classic 3-card, 5-card and 10-card spreads. The spreads are clear and easy to follow — the 10-card is based on the classic Celtic Cross spread for those who may be familiar.

The book also includes a chart of all the Hebrew glyphs and astrology symbols used on the Major Arcana cards in the deck. This quick-reference chart is something any tarot reader would greatly appreciate, as she side-steps all the esoteric rigamarole and gets right to the point with clear, one word meanings.

In terms of the individual card descriptions, the book offers each card in the deck a symbolic interpretation, a guidance, and a challenge (though it isn’t specified, a querent might favor the challenge if a card is reversed). What is remarkable about this deck is that in the book for each of the Major Arcana cards Holm includes a section called “Apothecary” where she pairs an herb with the card and offers instruction on how to use it.

For example, The Magician: “Cinnamon activates personal magick. Sprinkle it on porridge, boil the sticks to make tea, or use it as a room freshener in potpourri.”1 This was a wonderful addition that helps to connect each reading to the realm of nature, while also learning about the uses of different herbs in energy work.

One thought on “Elemental Power Tarot, by Melinda Lee Holms”