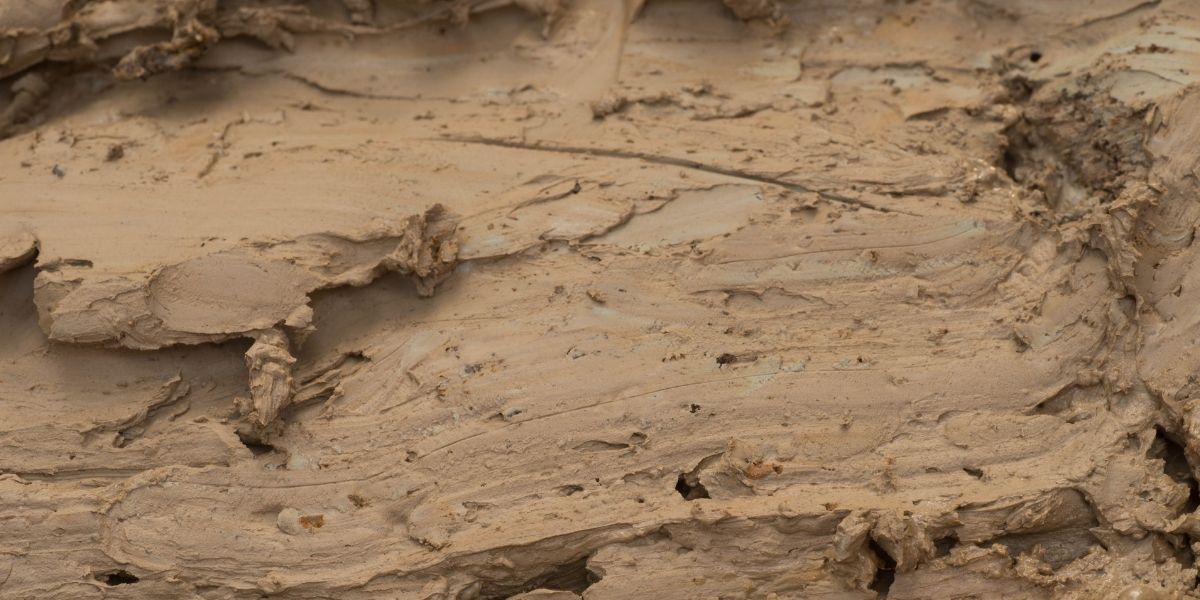 Healing with Clay, by Ran Knishinsky

My dad is a potter, so I grew up with messy hands and covered in clay-filled hugs. When I began to research natural remedies, I realized that clay has many healing properties, which was convenient because of its ready availability. At first, my interest was in using clay for face masks and soothing my skin. But later I learned eating clay had health benefits. I couldn’t find enough reliable information on the Internet, so I shelved my curiosity for the time being. But when I discovered Healing with Clay: A Practical Guide to Earth’s Oldest Natural Remedy by Ran Knishinsky, my intrigue was sparked all over again.

Knishinsky is the perfect guide for those interested in eating clay as a nutritional supplement, as he’s been doing it himself for more than 30 years. His background is in both naturopathic and allopathic medicine, which adds value to the information he shares because it is not one-sided. He even has his own line of edible clay called Detox Dirt for those who are interested in starting to incorporate clay into their own diet. In addition to this book, he has also authored Prickly Pear Cactus Medicine and The Prozac Alternative.

The book starts out with Knishinsky’s own health journey of a ganglion cyst that led him to deciding to try clay as a natural remedy. Then he details the history of eating clay and the reasons why people do it. These reasons include medicinal use, mineral supplementation, religious rites, instinct, detoxification, and as a food delicacy. There’s also a whole chapter on how culturally in some parts of the world it’s the norm to eat dirt during pregnancy, which I found absolutely fascinating.

To ensure readers have a full-scope understanding of clay, Knishinsky writes about the scientific and geological properties, as well as sharing the different types of clay and how the minerals in clay facilitate both adsorption and absorption in the body. He even delves into Graham Cairns-Smith’s idea that life might have begun as clay crystals and the hypothesis of the department of nanoscale science at Cornell University that wet clay might have been the first breeding ground for life.

Knishinsky shares with the reader the classification of active natural components obtained from plant, animal, or earth sources as nutraceuticals, which are not sold as drugs, but as dietary supplements in the United States. As a result, nutraceuticals do not offer the same claims as FDA approved drugs. Nevertheless there are benefits to be derived from them, which other included research studies have shown. For instance, there are quite a few studies related to clay’s ability to protect those who digest it from the harmful effects of Aflatoxin, which is a liver carcinogenic present in a wide variety of foods.

Aflatoxin is the most dangerous form of mycotoxins. Mycotoxins are fungal poisons that contaminate as much as ¼ of the world’s food supply. Potential sources of mycotoxins are alcoholic beverages, corn, wheat, peanuts, and many more than Knishinsky lists for readers. The Aflatoxins are especially harmful because they damage DNA and have been known to lead to cancer in different animal species. Eating clay helps to reduce and prevent harm from the Aflatoxins through reinforcing the intestinal walls and binding to the toxins.

“Before they have a chance to be adsorbed by the gut, the clay simply captures these toxins by adsorbing them into the space between the crystal structure, rendering them as unabsorbable by the gut.”1

This was so interesting to read about, as I had never heard of mycotoxins before! And thanks to Knishinsky, I also gained a better understanding of the mineral components of clay. Aside from taking supplements or vitamins, a good balance of minerals in our bodies often seems to be overlooked in the pursuit for good health. Knishinsky reminds us:

“Why are minerals so important to the chemical reactions in the human body? The cell is like an electrical battery, with positive and negative charges. When the energy of the battery begins to weaken the cell becomes sick and weak. However, if the dying cell is charged by an electrical current it will become living once again. Minerals themselves hold positive and electrical charges. The exchange of these charges accounts for the mineral’s action.”2

I learned clay contains minerals such as calcium, chlorine, iodine, iron, magnesium, zinc and more. Knishinsky notes clay can also contain harmful minerals though, such as arsenic or cadmium, which is why it’s important to know where the clay one is consuming comes from. His recommendation is montmorillonite clay. It is considered the most suitable for eating because the minerals are very small particles and when combined with water adsorptive and absorptive properties of the clay are enhanced.

My favorite chapter was on the religious significance of clay, as I had forgotten that many religious texts claim humanity arose from clay. Reading about these things helped me to step out of the dominant narrative that clay is dirty and sense of superiority that comes from being couth and clean. Knishinsky’s words really reignited me with an instinctive, wild part of myself that felt aligned with the information he was sharing about the benefits of eating clay.

I did end up ordering montmorillonite clay, as it is Knishinsky’s recommended type of clay to use for this purpose. I haven’t tried it yet, but I am eager to see the results. If you too are feeling called to explore the health benefits of clay, I would definitely check out Healing with Clay. Knishinsky presents the information clearly and with full scientific backing. I look forward to connecting with Earth’s oldest remedy in a spiritual way too, as I think healing our bodies with nature is how things are meant to be.