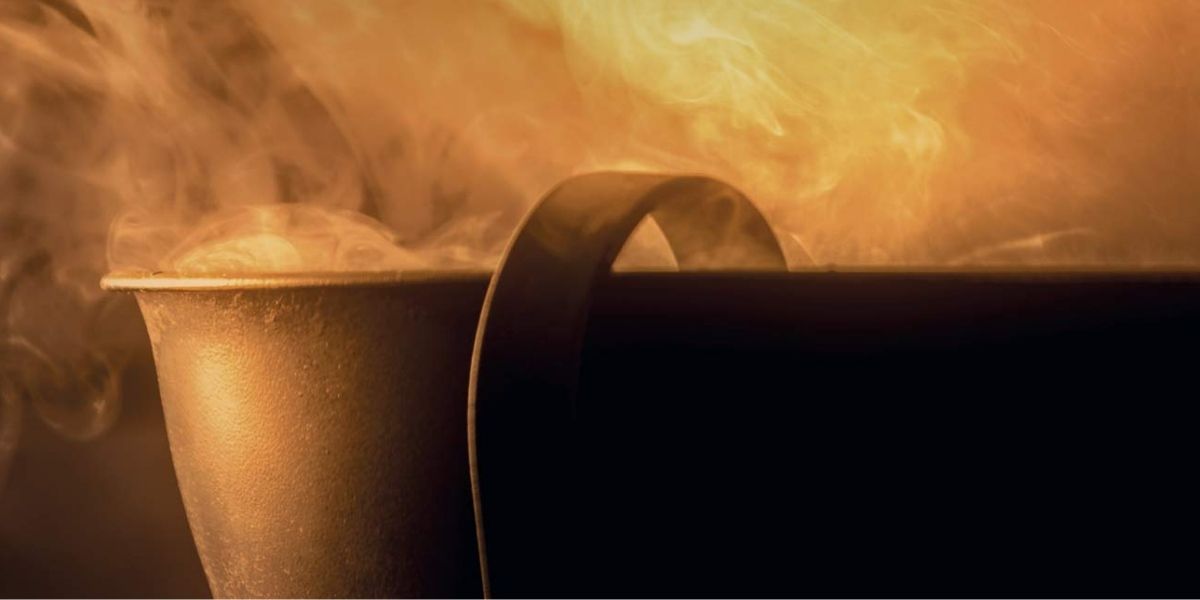 When I first got my hands on this book, I thought I knew what it was going to be about. I mean, it’s Hellenic so it’s about Greek Gods and Goddesses, right? Let’s be clear: Pagan Portals – Hellenic Paganism by Samantha Leaver is not the typical book that lists the various Olympian deities and provides a basic framework for how and when to worship them. No, this book goes much deeper than that.

Citing a life-long fascination with Greek mythology, Leaver has crafted a beautifully written book that details the many participants in the Hellenic pantheon. A self-proclaimed Kitchen Witch, Leaver has always felt drawn to the Mediterranean and this book is her personal journey through the various deities and how she works with them in order to foster a connection with the divine.

Chock full of useful information around the practice as a whole, the book starts with an artfully crafted introduction that explains the society of the Hellenes and gives a brief overview of what Hellenic Paganism is. Leaver makes points on how things have changed since those times, noting that some of the Hellenic practices are no longer viable choices in today’s society. She suggests a variety of ways to do the same things in today’s context, something I found to be quite helpful in aligning myself with the practices in a modern time.

Written simply and with a profound sense of reverence, this book is a delightful entry point into the mythical world of the Greeks and the way they performed their rituals. Leaver clearly enjoys herself as she writes and is eager to share all that she has learned in her personal journey through the pantheon, while at the same time making distinctions between their world and our time. She notes that the psychological aspect of Hellenism differs from other well-known forms of religion, saying:

“Hellenism is more about connecting with and understanding the relationship you have to the natural world, it is all about living the best life you possibly can, with virtue, rather than sin, punishment, and redemption.”1

I really appreciated the depth of knowledge imparted by Leaver, as she delved into many aspects of ancient Hellenic life. Maybe some would find it tedious and want her to get on with the spells already, but I want to know where the rituals and ceremonies come from and why they were done. To me, that fleshes out the ‘why’ of the practice and I feel that is a vital piece of the ritual puzzle.

Leaver points out that much like Wicca, there are multiple paths in Hellenic Paganism and details a few to show their similarities. With that comes different names for deities in the pantheon, something I had not considered much to my chagrin. Of course there would be different names for deities depending on where you lived. Why would everyone use the same name? We don’t even have the same for a spatula in today’s society (seriously, it IS a spatula, not a lifter, and I will fight you).

What I loved about gleaning this particular nugget of information is that Leaver also expresses her own double-take. She says, “To be honest, I thought I had a good handle on the Gods, until simple things like, ‘wait, the Hellenics call them Theoi’ happened, or ‘wait, there are numerous versions of each mythology out there by different writers at different times.’”2

This admission of disconnect solidified that this was the book for me. The honesty with which Leaver presents her journey, flawed as it was, is an absolute dream to partake of. It also made me feel much better about my own personal journey, as I have experienced similar things while bobbing along trying to figure out what kind of witch I am and who I should devote my time to. There is a difference between knowing that these things happen with others and then actually reading about an experience, and while it’s uncomfortable to watch others struggle in their search for sovereignty, it’s comforting to know that despite what path we find ourselves on, we are all having similar experiences.

The book is cleverly divided into four parts and a section called “Closing thoughts from a Modern Hellenic Pagan.” The four sections clearly divide up the vast knowledge Leaver has on Hellenic Paganism: the introduction is both straightforward in laying out the structure of the information that will be presented and Leaver’s own journey along this particular path. Subsequent sections titled “Living the Path”, “Relationship with Deity’” and “Magic and Mysticism” are equally well laid out and written in a very approachable manner.

It’s always interesting to take something like auspicious days and try to make them relevant to today’s society. Leaver does this admirably, making connections to more modern tactics rather than leaving you to figure it out on your own. The best example of this is listed in Hesiod’s Auspicious Days: Day 4: a good day to bring home a bride, begin building narrow ships, and open jars. Leaver offers another way to look at it, saying, “I like to think of this day as the day to begin building projects, a crafty or creative day. This is also a good day to take care to avoid troubles that eat out the heart. I like to use some time on this day to concentrate on all that is good in my life.”3

Pagan Portals – Hellenic Paganism is a great jumping on point for those interested in Hellenic Paganism or just want a deeper dive on the Greek pantheon. I found the information to be very helpful and detailed in a way that was not overwhelming. One thing I did not expect was how many gods and goddesses are considered to be part of the Greek pantheon: there are literally too many to name. If you have even a glimmer of interest in knowing more about this particular branch of paganism, I highly recommend picking up this book. I am happy to add it to my growing collection of books.