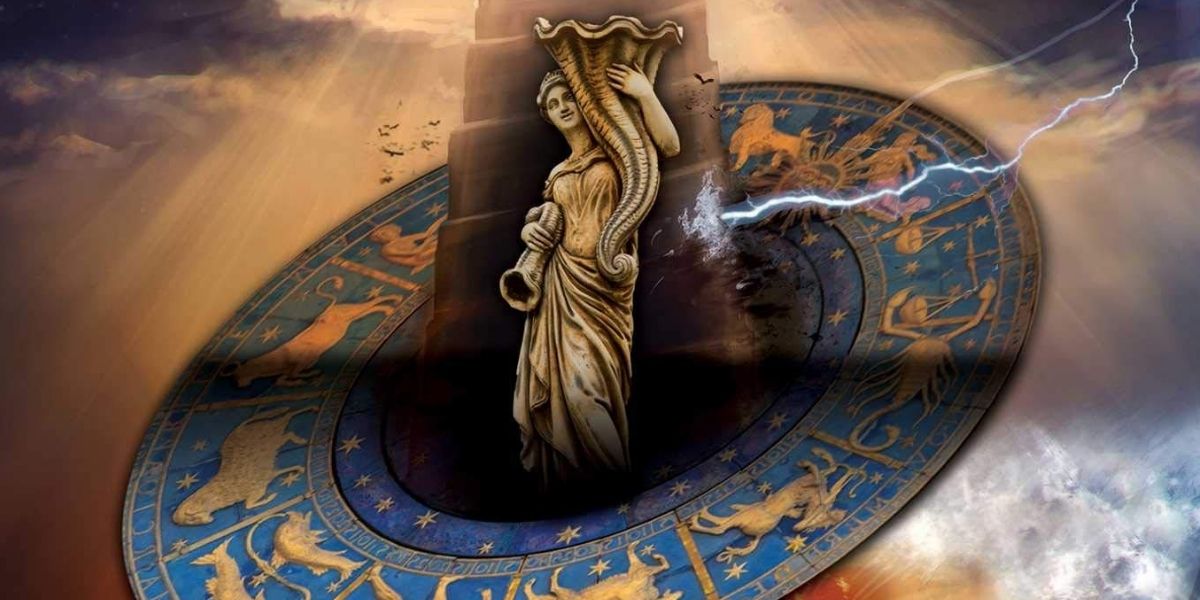 Revelations from the Source, by Barbara Hand Clow

It started with Revelations of the Ruby Crystal (2015), then came Revelations of the Aquarius Age (2018). Now, at long last, Barbara Hand Clow has completed the trilogy with the most recent book Revelations from the Source (2021). I have eagerly been anticipating this latest release after having grown quite fond of the tight-knit community of characters in this series. All my hopes and expectations were exceeded in this dynamic final book, which expertly weaves together multi-dimensional layers of information, inspiring revelations, and reconsideration of how things truly are in the world.

Before diving into things, while this book can be read as a stand-alone, I highly recommend reading the first two books before this one. Clow doesn’t spend too much time introducing the characters in this final book, and the few sentences to summarize the characters’ relationships for those who aren’t familiar hardly does justice to the complexity of their bonds. Plus, the characters have naturally evolved, and therefore their current circumstances in this book are directly related to the previous ones.

This being said, Revelations from the Source was a thrilling read because it has an up-to-date timeline of current events. While not every event in the book happened in real life, the story intends to parallel current events. From the election of Pope Francis, the first Jesuit to hold the position, to political tensions in Iran and the presidency of Donald Trump, all the way up to the COVID-19 pandemic, the book focuses on the characters’ experiences of events.

As I read, I was reflecting on having lived through these experiences, many not too long ago, with a new sense of perspective, as well as room to integrate what I was feeling as I moved through them. This is because all of the characters in the story are very tapped into the zeitgeist, all from their own point of view, such as a psychotherapist working with clients’ processing to an artist capturing energetic transmissions of sound in painting to awaken the masses. Another character is a reporter, who previously covered events in the Middle East but is now a correspondent for a newspaper reporting on the happenings in the Vatican.

My favorite character point of view is Claudia, esteemed fashion-designer and astrologer. Since I am an astrologer myself, I could remember all the full moons and conjunctions described, during which characters perform initiations or simply muse about the world. I especially recall the conjunction of Saturn and Pluto in 2020, which was a significant moment in the book as well, as the characters work together to perform a ritual uniting the nine dimensions. I think those prone to reflecting on the placement of the stars, as well as the tumultuous events of the past few years would have a lot to gain from reading the insights of the characters in Revelations from the Source.

Clow’s astrological background is effortlessly integrated into the fictional narrative of this story. For instance, there is a lot of discussion about the nine different dimensions, with certain characters having more of a connection to each one. Clow previously authored the book The Alchemy of the Nine Dimensions, which I’m sure this story’s plot is based on. I’m always a fan of reading fictional stories where I can relate to a character’s feelings, thoughts, and experience, rather than just a non-fictional explanation of some phenomena. And it’s for this reason that I enjoyed this book so thoroughly. Other topics that Clow has woven in from her previous books include Mayan Codes (The Mayan Code), energetic influence of Chiron (Chiron), connections to other star systems (The Pleiadian Agenda), and lots of raising sexual energy as a form of altering consciousness (Astrology and the Rising of Kundalini)!

However, Clow doesn’t hesitate to venture into some of the deepest, darkest shadows in our culture as well. At times, it was hard to stomach parts of the story, especially the sexual abuse of priests on young children, which is a prominent theme in the entire series. This book really covers a lot of the energetic forces of the Catholic Church, as well as how the energy of youths has been inappropriately harvested for power, money, and prestige. Once again, while the story is fiction, it mentions events that really happened such as the Boston Globe story which revealed the extent of abuse and cover-up in the Catholic Church.

Quite a few characters leave the Church, and by the end of it, I felt more confident in my resolve to do so as well. I was born and raised in the Catholic faith, even attending a Catholic university for my undergraduate studies. However I am increasingly finding it hard to find faith in a religion that does not value the spiritual authority of women and is rife with abuse and misconduct. The characters’ journeys were really empowering in my own spiritual path, making me see that I could follow their lead, rather than continue to go along with the corruption that has taken hold in the Catholic religious community. There’s so much history packed in the story, as another character is a scholar of early-Christianity, that I was constantly Googling new topic ideas, such as “Marconi” and “Mithraism.”

Other controversial topics include climate change, vaccinations, 5G towers, and the public-safety response to the pandemic. I will admit, sometimes the beliefs did feel a bit “conspiracy theory-esqe,” but I kept an open mind without discrediting anything. I was especially intrigued by the explanation for the coronavirus springing to life when it did, which had to do with telluric interference. Now that is a thought that has never crossed my mind!

At its heart, Revelations from the Source is a tale of the characters’ awakening into the Age of Aquarius. Due to their reputable, affluent, and influential families, the characters in the story are keepers of secret history, serving as a bridge between past and present. In this way, they serve as foils to modern society, clearly showing where humanity has veered off course, thus resulting in evil forces being unleashed through social strife, political controversy, intimate violence, and looming threats of war.

Clow clearly shows through the plot that the transition isn’t an easy one, and there are many forces at work during this tumultuous time. However, with the right perspective, and tools (art, past-life regressions, astrology, writing), humanity will be able to pull through. What’s most important is that we remember the importance of connection, building trust, and working together to overcome the destructive forces both within ourselves and the world at large.

The story’s theme of friendship and community is a prompt for the reader to find their own community to assist during this changing of ages. And most of all, for readers to continue to do their own investigations and express their revelations with a broader community. In this age where the people have the power and the power is the people, increasing our ability to transmit thoughts, energies, and feelings effectively will be a key to survival.

Overall, I am immensely satisfied with the culmination of this trilogy. Revelations from the Source is a treasure-trove of alternative ideas woven perfectly into the seemingly-static fabric of our 3-D reality. Filled with history, ancient and secret knowledge, as well as esoteric understandings of humanity’s place within the greater star systems, this book will bring you into new realms of realization. By delving into the defilement and debasement of some of society’s most corrupt institutions, the truth is exposed. Something we will be seeing more of as the Age of Aquarius dawns.

I highly recommend not only this book, but this entire series, for those looking for a fascinating read that delves into many dimensions, facets of history, and opens a doorway to a future unlike what we’ve known thus far. The writing is engaging, and the characters will soon feel like an extended friend group (I certainly wish I could call on them for advice!). More and more, those awakening to the shifts will be looking for answers, and while it’s fictional, this book is sure to be the key that unlocks readers’ perception.