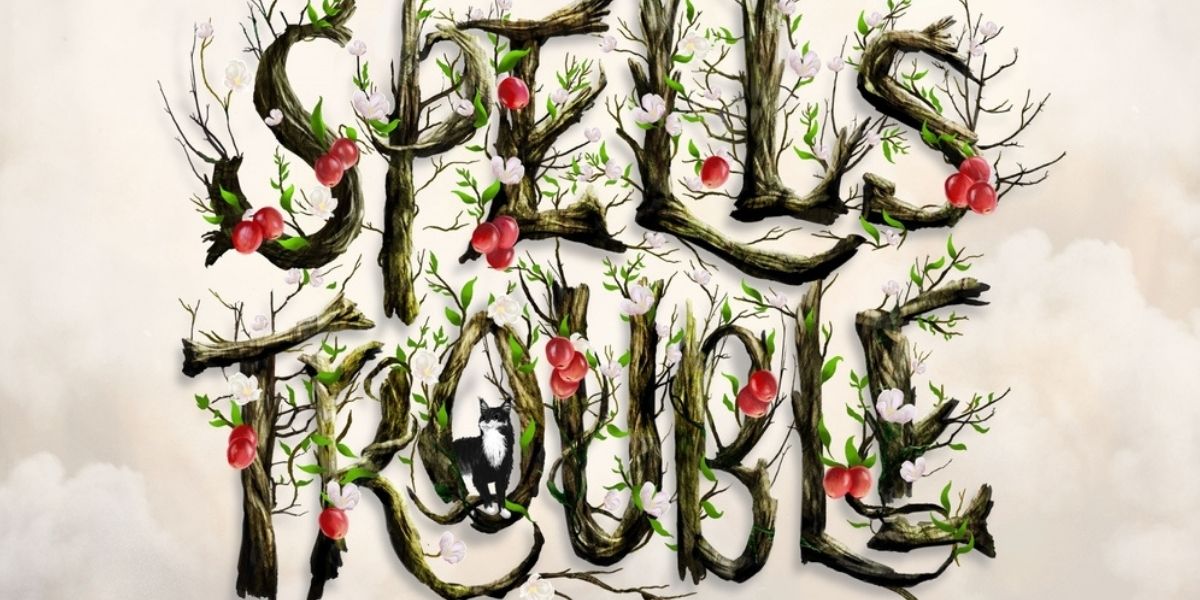 As a millennial who grew up watching Double Double Toil and Trouble, there will always be a place in my heart for twin witches. I mean, come on, there’s just something so downright spooky about the psychic connection they share. Well, I’m happy to say that P.C. Cast and daughter Kirstin Cast are back at again with their latest book Spells Trouble: Sisters of Salem, which if you haven’t figured out by now focuses on TWIN witches, Hunter and Mercy Goode. And it’s certainly double the fun!

I will confess, P.C. Cast is one of my favorite authors because she just gets what it means to be a witch and brings to life the most authentic characters in fantasy-filled books that always keep eagerly page-turning. My favorite is P.C.’s Goddess Summoning series, which I always recommend to all my magickal friends for entertaining reading, along with Eternal: More Love Stories with Bite, which she edited. I can’t recommend literally anything she’s written highly enough.

This isn’t the first time this mother-daughter duo has teamed up. Their most well-known series is probably House of Night, which was immensely popular and had many off-shoot series, and they have also authored The Dysasters. Luckily, Spells Trouble is only the first in this latest series, and the next book Omens Bite is expected out in 2022! It filled me with happiness knowing there’s already another book to look forward to next year. Oh yes, which brings me back to the review!

So, essentially Mercy and Hunter Goode come from a long line of witches who guard the five portals to the Underworld in their small, Midwestern town. There’s a special tree for each of the gates, representative of the Underworld it’s guarding (for instance Egyptian, Greek). It is their sacred duty to maintain the gates in order to keep the monsters contained in the Underworld.

However, on the eve of their 16th birthday, when they are dedicating themselves to their chosen god/goddess, all hell breaks loose, literally. Without warning, the twins are thrust into a life or death situation, suddenly finding themselves alone and with little guidance on how to fortify the gates and ensure an incident doesn’t happen again.

As if that’s not enough to deal with, murders start happening around town. Quickly, it becomes clear something has escaped from the Underworld, but determining what is just another mystery the sisters have to solve. Luckily, they have some wonderful friends, as well as a devoted feline familiar that are willing to assist them with their task.

This is the basic run down, but in fact, the book is so much more. It is an intimate portrayal of the sisters finding their own magical powers, learning what it means to be dedicated to their deities, experimenting with spells (some successful, others not so much), and drawing upon their inner strength to make it through a very tough time.

There’s also subplots happening throughout the book, such as Mercy dating a jerky jock, who is sweet to her but a misogynist pig to the others, and Hunter’s experience as a lesbian in a small town. Spoiler alert, their familiar also turns into a person, which is quite entertaining. Hunter and Mercy both also have best friends, Emily and Jax respectively, who add to the dynamic between the characters and provide comic relief and heart-warming love.

While it is a young adult novel, which deals with coming of age themes, I still enjoyed it very much as an adult. I think this is because P.C. and Kristin write with so much honesty and truth about witchcraft, weaving in spells and describing the ritual objects used. I’ve yet to find another author who so effectively blends the practicalities of modern witchcraft with captivating fantasy elements.

The book does have an added supernatural component, but I enjoy this because it’s like the psychic world given 3-D formation. Rather than banishing spirits, the twins are fighting monsters from the Underworld. There’s demonic possession, mythological creatures reeking havoc, and intense physical manifestations of energy, but it makes for a wonderful story.

Also featured is more common spell work, such as one done by Hunter to relieve the grief of her sister. Reading about the girls collecting the items they need, picking out herbs and crystals, and also going through grimoires to find spells were all things I could relate to as a magical practitioner.

I also very much related to the twin’s experience of getting acquired with their powers. Mercy has dedicated herself to be a Green Witch of goddess Freya, while Hunter is a Cosmic Witch dedicated to god Tyr (well, for the most part..). Seeing how each of their powers manifest itself is insight into determining what one’s own magical skill set might be.

Mercy can intuitively connect with nature, calling on trees as allies, but she’s terrible at tarot. While Hunter draws strength from the moon, crystals, and is wonderful at decoding the messages of her tarot deck. She’s also realizing she has quite the skill for blood magic, while Mercy copes with her first sexual experience dedicated to a love and fertility goddess. It’s confusing sometimes stepping into our powers, isn’t it?

All in all, I absolutely loved Spells Trouble, and I recommend it to all witches looking for an entertaining summer read. I think there’s so much potential for this series, and the Casts are authors who never let me down. I’m thrilled to see how this series develops, as I’m already invested in the character and enjoying the plot. It has the right mixture of feel-good emotions stemming from the love, trust, and bravery of the character with the tension from conflict between the twins about what the path forward looks like in regard to their choice of deities. Eek! But I don’t want to give too much away, so I’ll wrap up here by saying this is one to add to the reading list this summer!