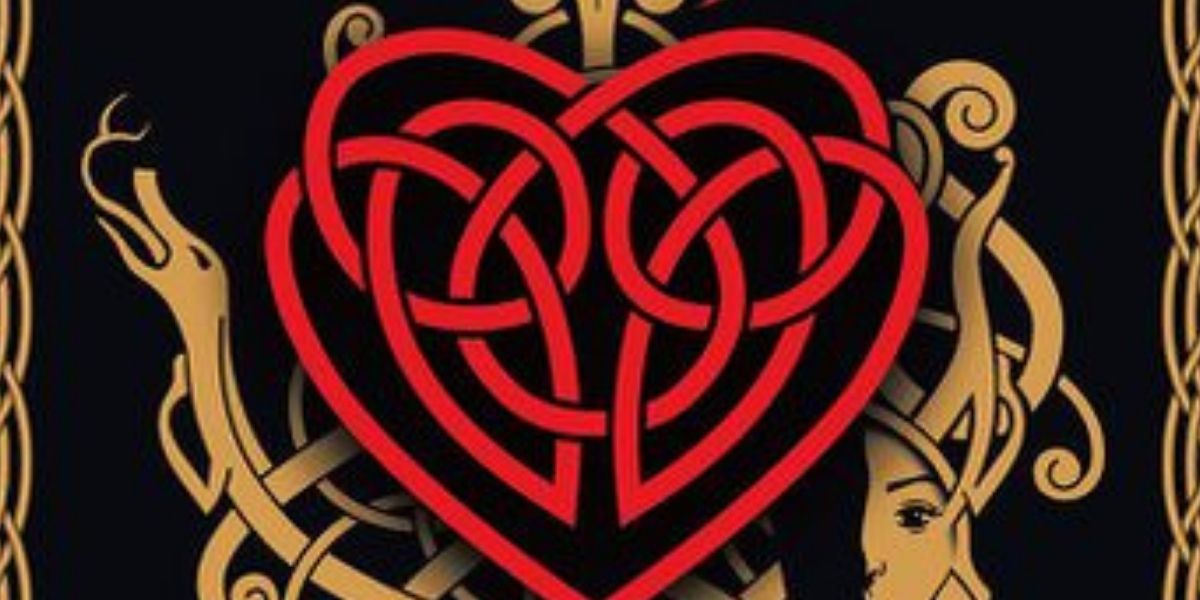 The Witch’s Heart, by Genevieve Gornichec

Browsing the library the other day, my husband handed me The Witch’s Heart by Genevieve Gornichec. Always up for a book about witches, I immediately dove in. In just under a day, I finished this book, not being able to stop once I started reading. I’m so thoroughly impressed by Gornichec’s writing and the fact that this is her first debut novel!

The Witch’s Heart is the tale of Angrboda, a powerful witch in Norse mythology, who despite being burned three times by the gods of Asgard, continued to live on. When trickster god Loki returns her heart, which had been brutally ripped from her during the last time she was thrown in the flames, a relationship develops.

And let me tell you, the banter of Loki and Angrboda never got old. I had quite a good time envisioning Loki as Gornichec portrays him. It is a beautiful love story that develops between them, filled with romance amid Loki’s many antics and common disappearances to his other life in Asgard.

Overtime, Angrboda and Loki have three children together: Hel, Fenrir, and Jörmungand. Their family life is quite unique, with Angrboda being a powerful witch, Loki always up to some playful mischief, Fenrir being a wolf and Jörmungand being a snake. Hel is a rather serious child, though she dotes on her father.

Troubling Angrboda from the time of her first pregnancy with Hel, however, is the visions of the future she’s seen in her state of seid, in which she can leave her body to travel astrally and see the future. Odin, king of the Norse gods, is after what only she can see, for the others who have been taught seid do not have as strong an ability as she does.

The flashes Angrboda has seen in visions and dreams have shown a bleak future, in which her family is torn apart and destruction completely envelops the Nine Worlds. Odin however wants more information and ruthlessly pursues his aim of knowing.

Ultimately, Angrboda must find the power within herself, with the help of friends, such as devoted friend Skadi to do her best to save her family. I won’t give much more away, but it’s a beautiful story of motherhood, love, and kinship that ties together so perfectly in the end.

To be honest, I hardly knew anything about Norse mythology when I started The Witch’s Heart. Throughout reading, I was Googling the different gods and goddesses mentioned: Tyr, Freya, Thor (okay, I knew that one!), Frey, and Njörd to name a few. Plus, I also really had no clue about Ragnarok, other than that it was part of a Marvel movie.

Gornichec did a great job of bringing the entire Norse pantheon to life in a way that made it easy to see the relationship of the different characters. She wove mythological tales into the plot, blending together her well-defined characters and the many stories of their personhood that have lived on through song, poetry, and storytelling.

Her portrayal of Angrboda especially really stunned me. Capturing the ups and downs of her life as a witch, mother, and wife, made her immensely relatable to all women. You couldn’t help but root for her, after all that she’s withstood in her life. I mean, screw the gods and goddesses, this witch is the real kick ass hero, and I’m glad that Gornichec chose to focus on her story.

This book is the perfect blend of myth, fiction, and inspiration. I’m simply in awe of the story Gornichec has crafted, and I truly consider this book a masterpiece. I feel so connected to the main characters such as Loki, Hel, Skadi, and Angrboda, and I’m glad this story presented them in a way that aids me in knowing them beyond what I may have researched about them.

That is the beauty of fiction — the ability to bring characters to life in a meaningful way that transforms the life of readers. Their stories, the choices they made, and the love they shared was compelling, captivating, and completely opened my heart.

I highly recommend The Witch’s Heart for those interested in an engaging tale filled with love, magic, and Norse mythology. This book reminds me of Circe, where the story is told from the witch’s point of view rather than the traditional mythological perspective of the men in the story. Angrboda is a heroine in her own right, and her story definitely is one worth reading.