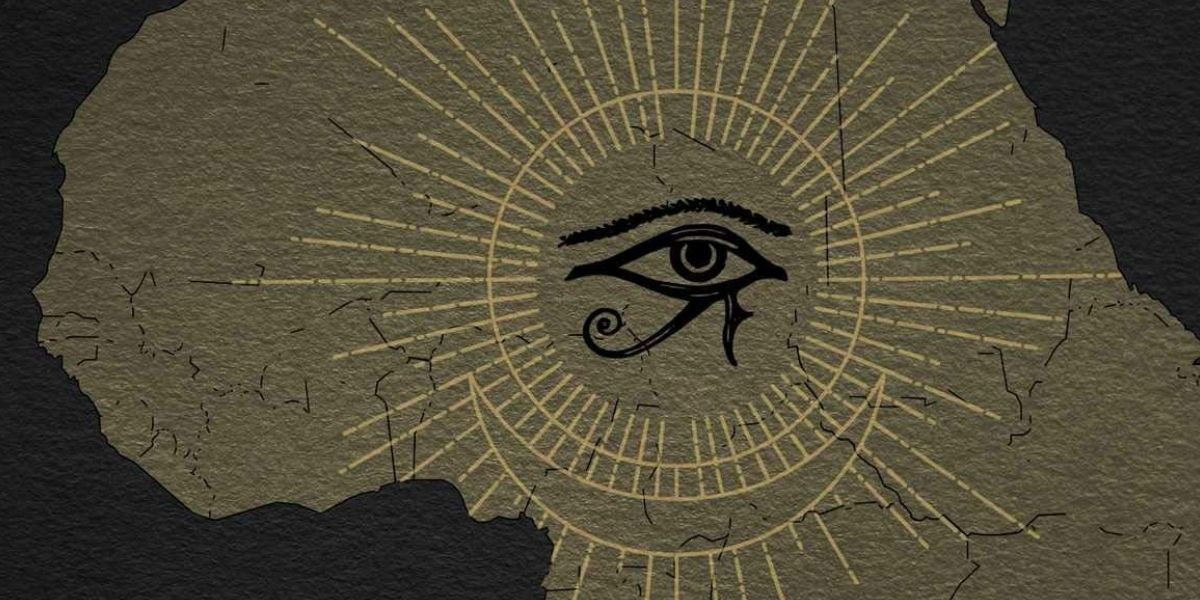 “We are all connected intimately- neurologically, embryologically, historically, and by way of the collective unconscious – to the same shared human family.”1

Have you ever thought about the historical origins of humanity and how inexplicitly rooted they are in our psyche? In Our African Unconscious: The Black Origins of Mysticism and Psychology, Edward Bruce Bynum draws upon a myriad of research to shine a light on this repressed African consciousness within us all. Reading this book ignites an awakening process, though not in an abstract, “higher” consciousness sense. Rather, the information presented by Bynum creates a bridge to the deepest parts of our human origin, filling a gaping hole within our consciousness with the history, spirituality, and philosophy of Africa, the homeland of humanity.

I was interested in reading this book for several reasons. First, Bynum’s The Dreamlife of Families: The Psychospiritual Connection is hands-down the best book I’ve ever read about dreams. This work was immensely illuminating in regard to the connected power of dreams within a family and community, something very few dream authors tend to highlight. A bit of the content is covered in Our African Unconscious, but I still highly recommend reading The Dreamlife of Families to get the full-scope of Bynum’s wisdom.

The other reasons for reading Our African Unconscious had to do with my intuition that mysticism, religion, and depth psychology are overlooking ancient influences. From a historical point of view, a simple study of world history reveals what a dominant power Africa was shaping the ancient world. From a religious and spiritual point of view, I can hardly fathom how the general population still doesn’t see the archetypal resonance of Osiris in the story of Jesus Christ and how many branches of occultism (Kabbalah, Hermetic Philosophy, Theosophy, Rosicrucianism) stems from Egypt. Plus, I’ve always had a strong interest in the Black Madonna (good read: Longing for Darkness: Tara and the Black Madonna by China Galland) and the origins of the Mother Goddess in Africa. Thankfully, all of this is covered by Bynum in the book.

Finally, although my master’s degree program was centered within depth psychology, it was exhaustingly focused upon the dominant, white, Western psyche. Sure, we read Jung in Africa, which focuses on the lasting impression Africa had on Jung, inspiring many of his theories. But the programs and lectures I have attended never made the leap to acknowledge the African psyche, nor the influence on the collective. There’s plenty of archeological data to support the origin of life in Africa, and Bynum has finally restored this missing link by these origins to realm of psychology and religion.

It has taken me about six weeks to make my way through this knowledge-filled book. Bynum doesn’t cut corners and takes the time to fully elaborate on every aspect of his study of this topic, which requires concentration and focus on behalf of the reader. Plus, there are ample citations and a bibliography for each chapter, making it easy to see where Bynum is sourcing information from.

“Only in Africa can we find the complete record and genetic blueprints of our species. This template, this basic genetic stock of humanity, is the source stock of all other unfolding branches of the human family. From this last family of travelers civilization was born. This story of stories is the archetype of all human stories.”2

Our African Unconscious begins with a deep-dive into the earliest records of humans on Earth, describing the different species of these primordial ancestors and how they evolved and dispersed through time. And from here, Bynum has traced and explained the African influence of nearly all major civilizations in history. He explains how African thought spread throughout Europe and into Asia, especially from Kemetic Egypt, to influence science, consciousness, medicine, and history itself.

A great deal of time is spent on the influence of serpent energy, or Kundalini, and how it has “profoundly affected almost every psychospiritual tradition from Asia to Mesoamerica, the Christian revelations, and throughout the sacred mystical Kabbalism of the Jews.”3

“The same genetic root and collective unconscious gave rise to civilization in Africa and spread throughout Europe and also over through Asia. Like the human embryo itself, unfolding from the neural crest, civilization in its earliest hours unfolded from a dark and creative synthesis of life forces along the umbilical Nile River, then moved along a dark line that, over time, evolved into discrete organs, trading centers, and functional cities, and eventually became interconnected over great distances. This early civilization is the origin of our first sciences of consciousness and also of a material technology.”4

Another really interesting topic that Bynum writes about is the influence of Africa on psychology, and how it was lost in Greece, who didn’t seem to understand the transcendent aspects of the mysteries. For instance, Bynum writes ecstatic Orisha worship that involves the engagement of the central nervous system, releasing a rush of bioenergy from the body to the brain, where a “kind of top-down cognitive psychology”5 emerges. This greatly contrasts with Greece, where exploring the mysteries for the sake of transcendence was lost and materiality reigned supreme. Later in the book Byum writes about the African origins of psychoanalysis with interesting ideas about how Freud’s Jewish background contributed to his practice.

I wish I could talk about all the fascinating aspects of Bynum’s theory in this review, but rather than give a water-downed explanation, I feel it’s more important to highlight the experience of absorbing the information. Moving through the book calls for a questioning of many assumptions, as well as a new perspective on history. When reading I also experienced a shift in myself, where I suddenly gained awareness of my original ancestors, who at some point in time must have come from Africa. I actually got so into this concept, that I signed up for a physical anthropology class starting in January!

The only thing I wish there was a bit more of in Our African Unconscious is a focus on the feminine. Bynum goes into great detail describing the African connection to the monotheistic religions of Christianity, Judaism, and Islam, but these religions are all patriarchal with little to no spiritual authority given to women. One of the only times spiritual women were discussed was as witches, who suck the energy from others and the community with their dark arts, in some indigenous African traditions, such as the Ibo and Kassena. More discussion about the Black Madonna, Isis, or roles of women in Africa would have been appreciated.

Towards the end of the book, in a section titled “Our African Unconscious as Expressed In the Work of the American Founding Fathers,” Bynum describes the Rosicrucian and Freemason influences in the formation of the American government. Both of these secret societies draw heavily upon African wisdom, primarily Egyptian, and the influence of their belief systems is easily noticed in places such as the nation’s capitol building, design of the dollar bill, and even the the Great Seal of America. I found this section extremely relevant to the upcoming Pluto return that will be a dominant theme in next year’s astrology.

A Pluto return, when the planet Pluto returns to the exact same astrological degree in a natal chart, happens approximately every 248 years. While civilizations such as Egypt, Greece, and Rome have had many, this is America’s first, since the nation was only founded in 1776. By looking at the events that occurred during other countries’ Pluto return in the past, astrologers know there is often a great shift that changes the identity of the nation. Pluto is known as the planet of death and rebirth or destruction and transformation, probing into the most intimate layers of psyche to point out weaknesses and foster strength.

“But this fascination with mere skin color is a surface structure obsession. In deep structure we are all the same species. Yet we cannot seem to let it go. This obsession reflects a deep and simplistic ambivalence about our origins and reveals our fear of ethnic dissolution. It has also been the source of untold sufferings on the part of not only dark-skinned peoples but also light-skinned peoples. Whenever we find disassociation from the life current it is associated with darkness and the coming out of the “unconscious.” In the unconscious we will find a fear of darkness, dark skin, and all things associated with the dark. Darkness, however, is not Blackness. For the ancient Kemetic Egyptians, darkness was ignorance, but Blackness was wisdom.”6

Given the history of Black people in America, including institutionalized racism and slavery, there’s a lot to be said about race relationships, which Bynum thoroughly covers in the chapter “The Present Confrontation in the Americas.” He describes how the use of imagery perpetuates motifs, racism, and misinformation. This section is an eye-opening description of how Blackness has been treated in America, and I think it’s important that more people take the time to integrate, process, and accept this history, rather than shying away from it and further repressing it. Despite the hostility shown towards Black people, Bynum shows how unconsciously the influence of Africa continued to spread in the Americas.

My hope is that Pluto’s return will shine a light on race relationships and also bring to light in America our common African origins. It is only through this reckoning of commonality that tensions, mistreatment, and disrespect among humans will come to an end. Our African Unconscious is a step in this direction, which is why I have been recommending it to nearly everyone recently, from astrological colleagues to friends with an interest in social justice. I honestly think every religious, spiritual, or magical practitioner should read this book. There is just so much packed within these pages that has the potency to usher in a new narrative, thus shifting culture towards a more relational, understanding, and wise society.

All in all, Bynum has made a comprehensive case for the need to rekindle the connection to our African unconscious, which has not just been lost, but actively repressed. I’m deeply impressed with the objectivity Bynum maintained while writing so passionately about this subject. With a topic that could run high with tension and volatility, Bynum has taken a measured, level approach to present this information, and I admire how he calls for honoring and celebrating common roots, rather than further separation among humankind. I will absolutely be integrating Bynum’s wisdom for a while and I know I will be returning to Our African Unconscious time and again, as I’m sure there’s more to absorb with each and every read.