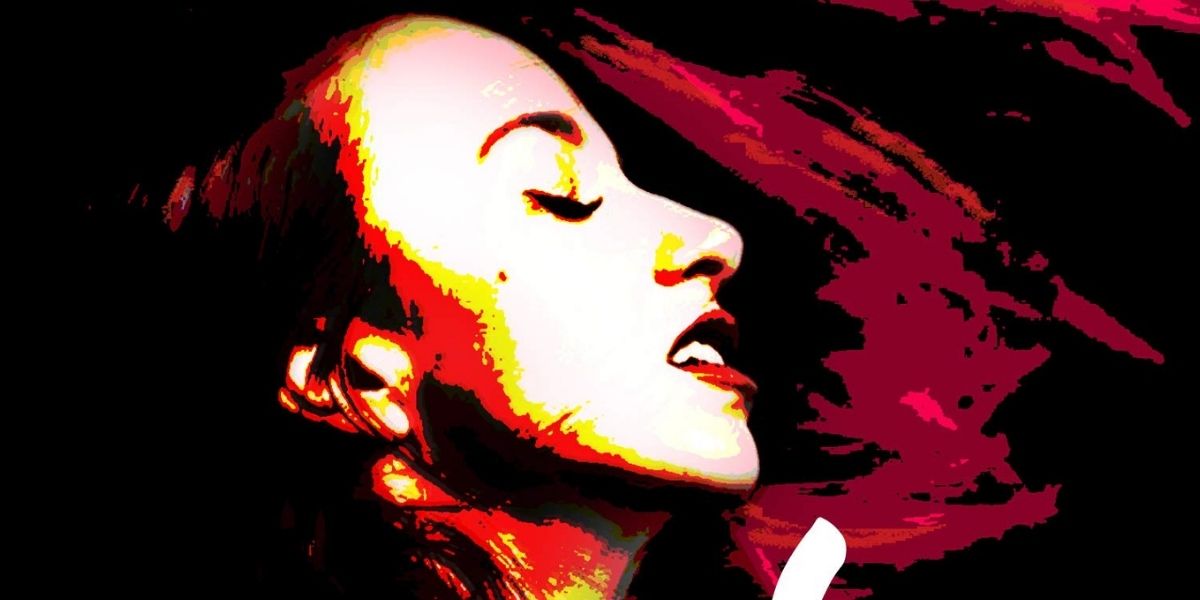 The idea of a powerful woman, who is sexually liberated and enjoys her own pleasure, has always been seen as taboo and a threat to those who would seek to subjugate her. In Sex Witch: Magical Spells for Love, Lust and Self-Protection, Sophie Saint Thomas takes us on a journey of self-discovery that ultimately treads the path of self-empowerment and pleasure, with plenty of naughtiness along the way.

Saint Thomas has written about sex and the occult for years in various roles at many publications. Her distinct writing style immediately makes you want to call your friends and put her on speakerphone, which is ridiculous because this is a book. After reading this though, I know what my close friends are getting for their respective festive holiday seasons and it isn’t going to be fruitcake.

Saint Thomas makes sure the reader knows what they are getting into right off the bat in the introduction, where she describes a candle magick session for love involving a red, penis-shaped candle and a conjuration of Lucifer. While the spell didn’t go precisely as planned, she did point out the red flags she discovered in hindsight and that’s very helpful for those of us who tend to plunge ahead with only a loose idea of how it should go. The reinforcement of preparation and self-awareness is refreshing, as some authors merely give you the spell and leave you to it. Saint Thomas doesn’t and says, “To manifest what we want, we must integrate knowledge and reason. We can’t just dance under a full moon.”1

Saint Thomas writes through a lens of someone who has been there, done that, and is now sharing what she has learned. From the table of contents, a pattern emerges: the journey begins with the basics covered off in Magickal School and Sex Ed. From there, we head into subsequent chapters on self-love, seduction, and sex. Once the basics are established, we move into deeper waters of seduction, sex, love, protection. The last two chapters are perhaps the most powerful: revenge and healing. To be clear, the section on revenge isn’t about hurting your ex because they left, it’s about obtaining revenge through healing yourself and being successful, which is much better in my opinion.

The order of the chapters makes perfect sense: you need to learn how to walk before you can run. In Chapter 1: Magickal School, Saint Thomas says that “… sex magick is not just spells for attracting more sex. Sex magick is harnessing your orgasms for manifestation.”2 She also touches on Chaos Magick, which is something I personally ascribe to, as well as sections on colour correspondences and, of course, candle magick. This section is truly meant for those at the start of their magical journey, with instructions on how to cast a circle and what the four elements and their correspondences are. Still worth a read as far as I am concerned, as each interpretation reveals new knowledge.

The detail that Saint Thomas goes into is staggering. While undoubtedly meant for those not familiar with witchy terminology or supplies, Saint Thomas goes above and beyond to include nuanced tidbits for even the most seasoned of witches. I could literally write an entire review about the first chapter but since that’s not why you are here, I will tear myself away from it and move on to the rest of the book.

Subsequent chapters dealing with self-love, seduction, and sex are well written and fulsome. It would be easy to get lost in this book except for the fact that there are many spells sprinkled throughout that makes the reader want to stop and try them out along the way. There is a lot of Shadow work in here, especially in the Self-Love chapter.

There is one particular spell I tried out on page 88 called Break Toxic Cycles. It’s a cord cutting ritual involving a length of black string. You basically tie knots as you call out patterns you want to break. Things like “I ignore red flags” and “I expect people to change” and such. You go down the length of the string, calling out patterns and making knots, until you’ve called out all patterns. This is where it gets interesting: you tie the ends together to form a loop and drape it over your hands like shackles. You are encouraged to feel how toxic the patterns are, and then taking scissors, snip between each knot, freeing yourself. Take all the bits of string and knot and burn them, removing the residue from your home once done.

I’ve been in therapy for a few years now dealing with my own baggage and trying to free myself from toxic patterns that keep plaguing me. I did this spell during the waning moon and although there was no bolt of lightning at the end to show that I’d broken each pattern, there was definitely a lightness within me that hasn’t been there in some time. Simple, effective, and to the point spell casting is my jam, and this book is full of spells like that one.

Sex Witch would do well in the hands of someone who isn’t afraid to explore their sexuality or who is firmly grounded in who they are sexually. There is no room here for kink shaming or slut shaming: it’s all pleasure and it’s all normal. I especially love how Saint Thomas just dives right in and talks about things like drugs and threesomes and how to protect yourself against STDs. She completely understands that while some will be attracted to the book based on how much sex they think they might be able to conjure, others will read it and understand the nuanced messaging around self-love, protection, and freeing yourself from the expectations of others, both inside and outside of the bedroom.